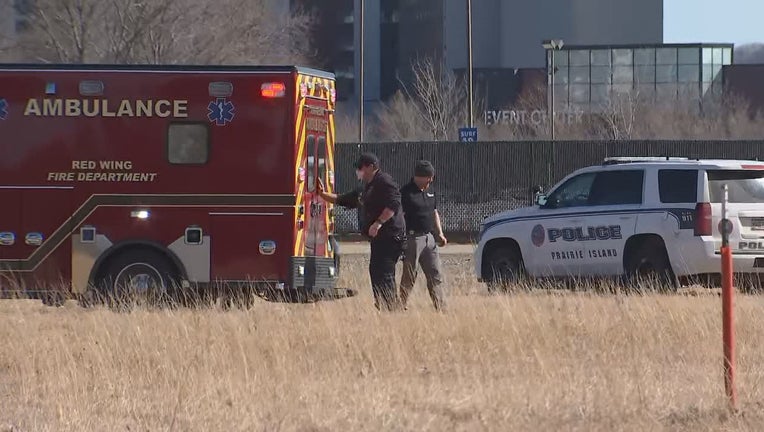 A person was seen being loaded into an ambulance near Treasure Island casino on March 19, 2021. An official confirms a person stole a Prairie Island police vehicle this morning, but is now in custody. (FOX 9)

Chief Priem says around 10 a.m. Friday, officers responded to a disturbance call. An officer tried to deescalate the situation, but the 29-year-old man got into the officer's squad vehicle and drove off. The chase ended in a field used for parking near the Treasure Island Casino in Welch after the vehicle was disabled.

Police took the man into custody. FOX 9 captured video of a person being loaded into an ambulance.

Two of the officers who participated in the pursuit suffered minor injuries and were treated at the scene.