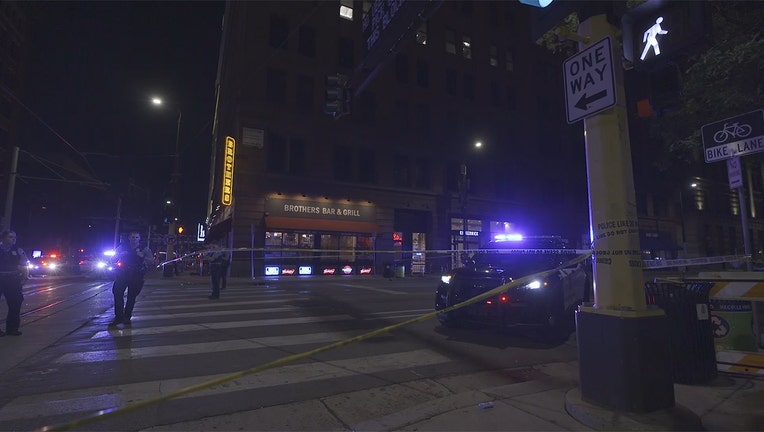 Police are investigating an overnight shooting in downtown Minneapolis.  (FOX 9)

MINNEAPOLIS (FOX 9) - One man is in critical condition after a shooting in downtown Minneapolis early Saturday morning.

The shooting occurred around 1:30 a.m. at the intersection of First Avenue North and Fifth Street North.

The Minneapolis Police Department said numerous officers were in the area when they heard multiple shots being fired. Officers ran towards the sound of the gunfire and located a man, believed to be in his 20s, suffering from multiple gunshot wounds.

The victim was eventually taken to Hennepin County Medical Center in critical condition. He is expected to survive his injuries.

The suspects fled prior to officers’ arrival. The shooting remains under investigation.