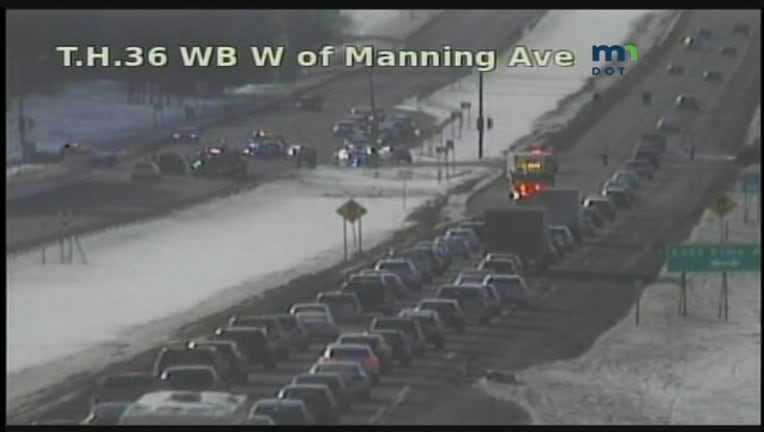 LAKE ELMO, Minn. (KMSP) - A 54-year-old Wisconsin man has died after his car was rear-ended by a semi Tuesday in Lake Elmo, Minnesota.

State patrol responded to the crash around noon on eastbound Highway 36 at Lake Elmo Avenue. A Toyota Scion was stopped at a red light when the semi hit it from behind.

The driver of the Toyota has been identified as 54-year-old Robert J Bursik from Amery, Wisconsin. It is unknown if he was wearing a seat belt.