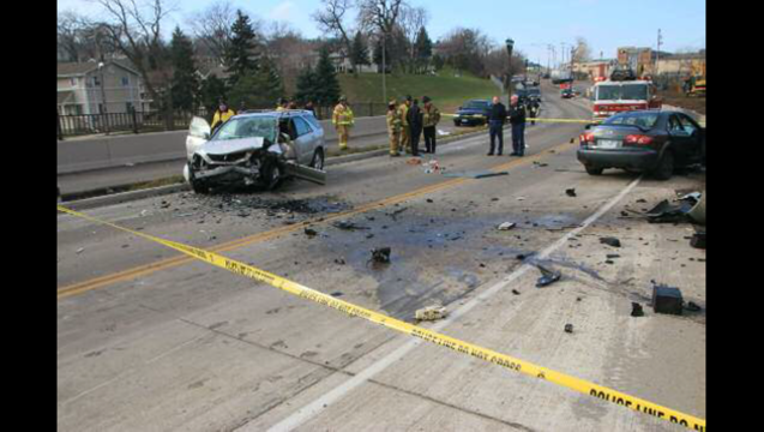 ST. PAUL, Minn. (KMSP) - One person is dead and 3 others are in the hospital following a head-on crash late Monday morning on Pennsylvania Avenue in St. Paul. The crash happened at about 11 a.m., just west of Interstate 35E.

St. Paul police identified the woman killed in the crash as 85-year-old No Do of St. Paul. According to investigators, Do was a backseat passenger in an SUV being driven by her son eastbound on Pennsylvania Avenue when it was struck by a car heading westbound.

Evidence collected at the scene and witness statements indicate the westbound car, driven by a 22-year-old man, crossed the center line and struck the SUV head-on.

Investigators are working to determine what caused the crash and whether drugs or alcohol were factors.