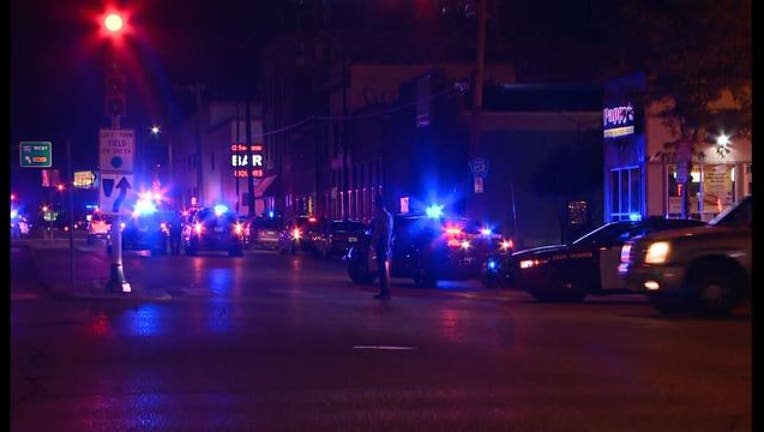 MINNEAPOLIS (KMSP) - One man has died and three others were injured in a shooting Friday night in Minneapolis.

According to police, at 11:45 p.m., officers from the Minneapolis Police Department’s Fourth Precinct responded to a report of shots fired in the area of the 2000 block of Washington Avenue North.

When they arrived, officers found a man dead on the sidewalk and another man suffering from a non-life threatening gunshot wound.

The suspect(s) ran away before officers arrived.

As officers canvassed the area, they were told that two other people - a man and a woman - showed up to the hospital with non-life threatening gunshot wounds.

Anyone with information is encouraged to call CrimeStoppers at 1-800-222-TIPS (8477). All Tips are anonymous and those providing information leading to an arrest may be eligible for a financial reward.

Another man was found dead earlier Friday evening in Minneapolis' Cedar-Riverside area. Police are still searching for suspects in that case, as well.