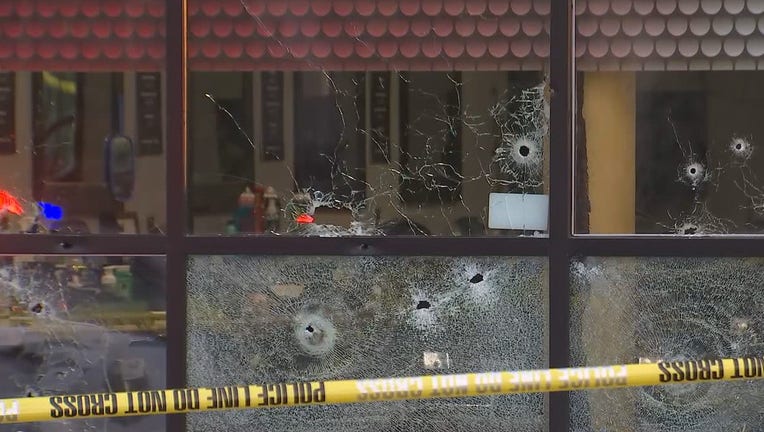 Minneapolis police are investigating a shooting at Clientele Barbershop near N 41st Ave and Lyndale Ave N in Minneapolis. (FOX 9)

MINNEAPOLIS (FOX 9) - One person died and two were injured in a shooting that happened at a barbershop in north Minneapolis, according to Minneapolis police spokesman Garrett Parten.

At 6:17 p.m. officers responded to a shots fired in the 700 block of 42nd Ave N. Officers learned a man and a woman drove themselves to the hospital. They both have non-life threatening injuries.

One person died and two were injured in a shooting that happened at a barbershop in north Minneapolis, according to Minneapolis police spokesman Garrett Parten.

When police arrived at Clientele Barbershop, they saw the front windows had been peppered with bullets. Inside the business, they found a man who had died in the shooting.

"This is another cornerstone of a community, a barbershop where people gather," said Parten. "Not just to get their haircuts, but to communicate with one another, talk about their community, share ideas about how to make things better or just talk about sports. For a long time a place of safety and an exchange of ideas and you get another one that has been shattered in a community."

Police believe shots were fired from outside into the business.

The case remains under investigation. Police say this is the 64th homicide of 2021 in Minneapolis.