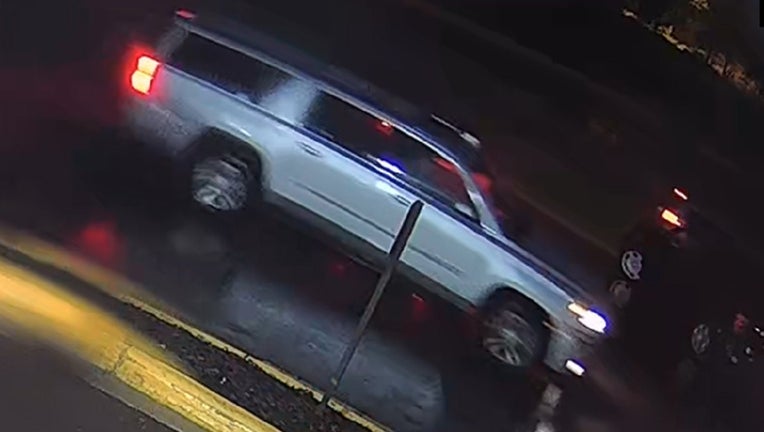 A photo of the suspect's vehicle believed to be involved in the deadly shooting on Highway 169 on July 6.

MINNEAPOLIS (FOX 9) - The suspected gunman in the Highway 169 deadly shooting that claimed the life of a youth baseball coach in July made his first court appearance in Hennepin County Thursday.

Jamal Smith is charged with second-degree murder in the death of Jay Boughton.

The judge set a high conditional bail amount, $1.5 million, saying she’s not only worried about public safety given the allegations of deadly road rage, but she’s concerned about the Illinois resident fleeing the state.

Smith is accused of shooting Boughton, a dad and youth baseball coach, in the head, killing him in front of his son as the pair drove near Rockford Road in Plymouth on the evening of July 6. Authorities have said the exchange might have been over a simple lane change and gesture that escalated into gunfire.

It took investigators weeks to track down Smith in Illinois, the SUV was a stolen rental vehicle, according to court documents.

Smith, who has a home address listed in Chicago, was extradited to Minnesota earlier this week and booked into the Hennepin County Jail. There were reports he was "too violent" to make his virtual court appearance Wednesday, but his public defender claims those suggestions are completely false. He suggested he may eventually petition for the case to be moved out of Hennepin County because of the inflammatory comments that found their way into news reports.

Smith remains in jail. His defense attorney, in arguing for a lower bail amount, claimed Smith has family ties in Minnesota, specifically a young son and girlfriend, and had been working construction in the area.

Smith is scheduled to be back in court next month.