After a couple of days with temperatures in the mid to upper 30s, you’d think our snowpack would be almost gone by now. If you’ve lived in Minnesota more than a couple of winters, you likely know that is just not going to be the case. But if temperatures get above freezing, why does it take so long for our snowpack to melt? Well, the answer is surprisingly complex.

Many physical properties go into creating snow in our atmosphere, how it packs onto the ground, and how quickly (or slowly) it melts. It’s not just as simple as the temperatures getting above 32°F. While that’s important, it’s just one of about a dozen variables that goes into snow melt.

Ultimately though, these many factors don’t solely explain why it takes so long for snow to melt even though these are significant factors. The main reason is that it takes an incredible amount of energy to change a solid to a liquid in our atmosphere. We call it latent heat.

Latent heat is the energy it takes for a substance to change to a different state of matter. Like a solid to a liquid or a liquid to a gas. This is something that your thermometer can’t measure.  Ice doesn’t turn immediately to water when it hits 32°F. It has to have a certain amount of time to build up enough energy on the surface of the ice for the ice to change state over to a liquid. This takes a surprising amount of time and enormous amount of energy compared to heating or cooling the air.  This is also why when you pull an ice cube out of the freezer, it doesn’t just instantly turn to liquid in your hand. Look at the graph below courtesy of Splung.com. 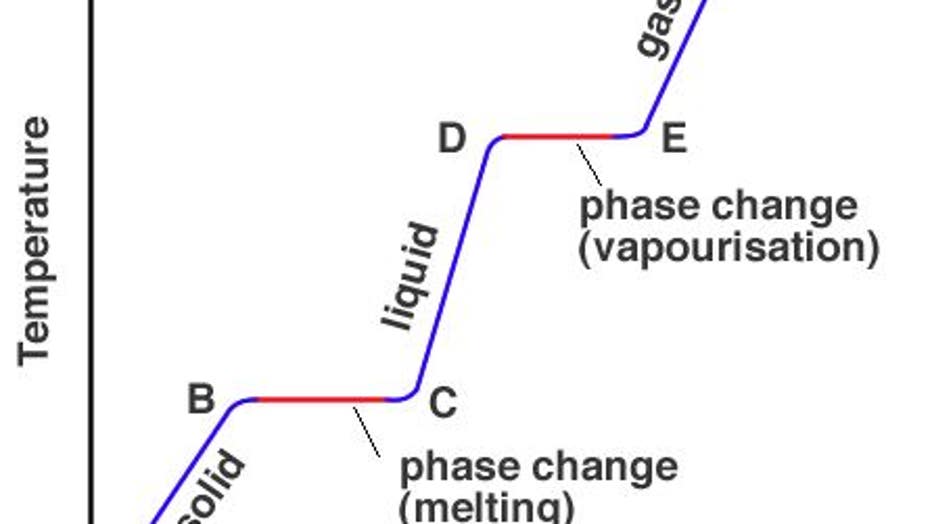 There are two plateaus in the graph. At those points, the temperature does not change despite the constant addition of more heat. These plateaus represent the change in phase from ice to water and then water to vapor. Warming that ice up to 32° doesn’t take all that much energy in the grand scheme of things, but getting that ice to melt takes a lot more energy and therefore takes a lot more time. This is why our snow and ice take so long to melt when we finally do get above freezing.

So the next time the question arises on why it takes so long for our snow to melt, you now know it’s because of latent heat.