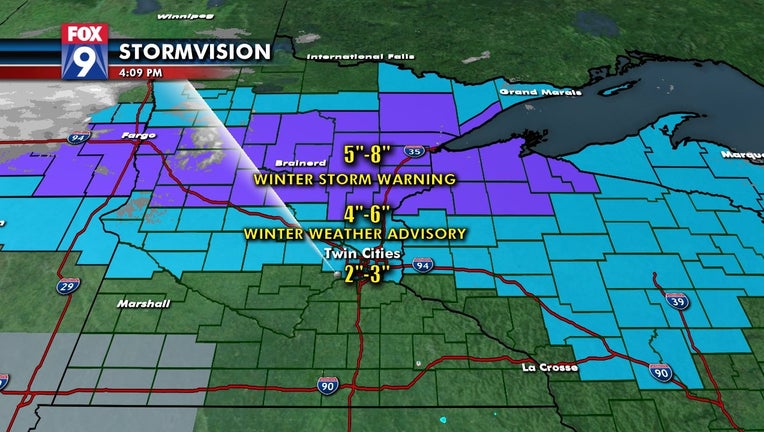 (FOX 9) - Winter weather will move into the Twin Cities metro and the central part of the state starting late Sunday night into Monday morning.

A Winter Storm Warning has been issued for areas north of the metro in central Minnesota. In the metro, a Winter Weather Advisory is in effect.

Extreme cold will follow snow that will sweep through the Twin Cities metro and central Minnesota overnight.

Our forecast shows the heaviest snowfalls will be to the north of the metro. Areas including Brainerd, Fargo, and Duluth could get between five and eight inches.

Closure to the metro, the area will see less snow, with some spots seeing up to three inches. However, the timing may be problematic and the snow could make for tough travel in the morning.

The snow will move in from the northwest and is expected to hit the metro after midnight.

Cold temps will follow the snow, with subzero temperatures expected during the midweek.