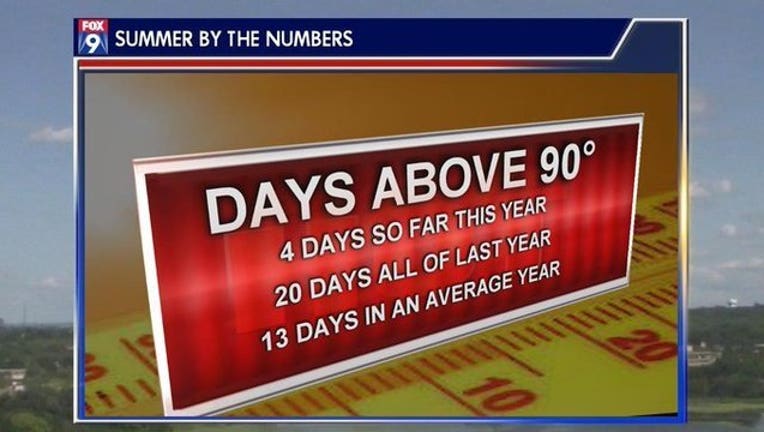 The summer of 2019 has not been particularly hot, so FOX 9 Chief Meteorologist Ian Leonard put it into perspective.

(FOX 9) - Minnesotans may be wondering: Has it been less hot this year than in previous summers?

In 2019, the Twin Cities have only recorded four days with a temperature at or over 90 degrees.

On average, the Twin Cities sees 13 days over 90 degrees.

With August nearly halfway gone, the Twin Cities is running out of time to catch up to that average.

FOX 9 Anchor Tim Blotz predicts a comeback for those 90-degree days, however, saying, "Something tells me we'll catch up during the Minnesota State Fair…"