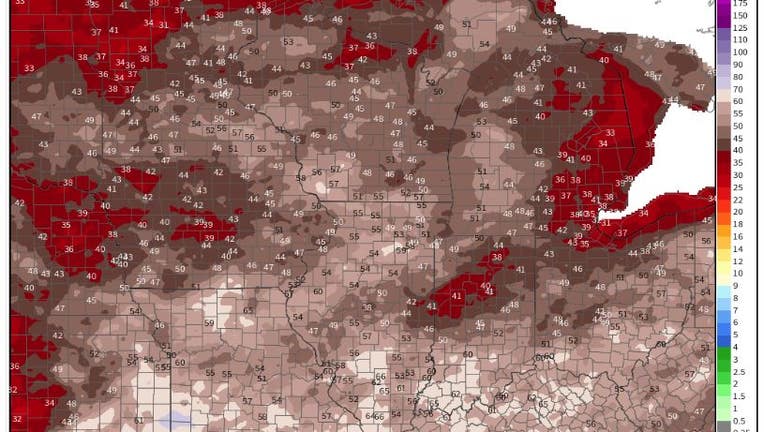 Yearly precipitation totals across the Midwest through December 17th courtesy of weathermodels.com

From an extremely snowy spring to a phenomenally wet summer, and then a bit of both in the fall, it’s felt like the precipitation just won’t end. The Twin Cities has now seen over 41 inches of liquid precipitation, the most on record. Well, now other records are falling across the central U.S. The Midwest as a whole has now experienced our wettest year on record. 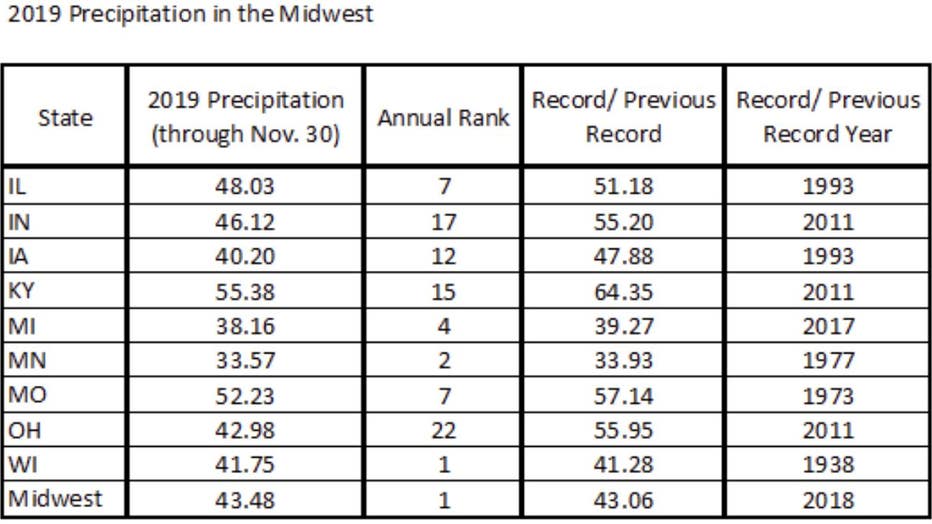 Now, I understand that literally everyone’s definition of which states encompass the Midwest is different. I’m not going to argue that. But the National Weather Service has their own definition of each region in the country. The Midwest Regional Climate Center is responsible for the weather in their Midwest region, which they define as; Illinois, Indiana, Iowa, Kentucky, Michigan, Minnesota, Missouri, Ohio, and Wisconsin. It is now the wettest year on record when you combine the precipitation that has fallen in all 9 of these states. 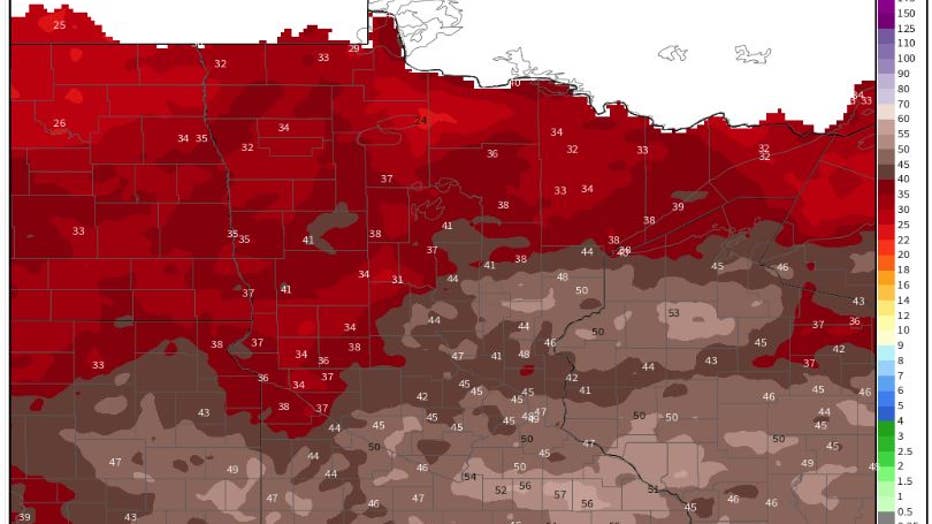 Yearly precipitation totals for the state of Minnesota through December 17th courtesy of weathermodels.com

43.48” of liquid have fallen in the Midwest Region through November of this year. That breaks the record set just last year of a little over 43 inches. Clearly some states have experienced more than others. Missouri tops the list with more than 57 inches of precipitation. But amazingly, that is just the 7th wettest for the state. Minnesota is currently experiencing the 2nd wettest year, but is less than a half inch away from beating the 1977 record. Wisconsin though is the only state that is having their wettest year so far, with nearly 42” of precipitation. 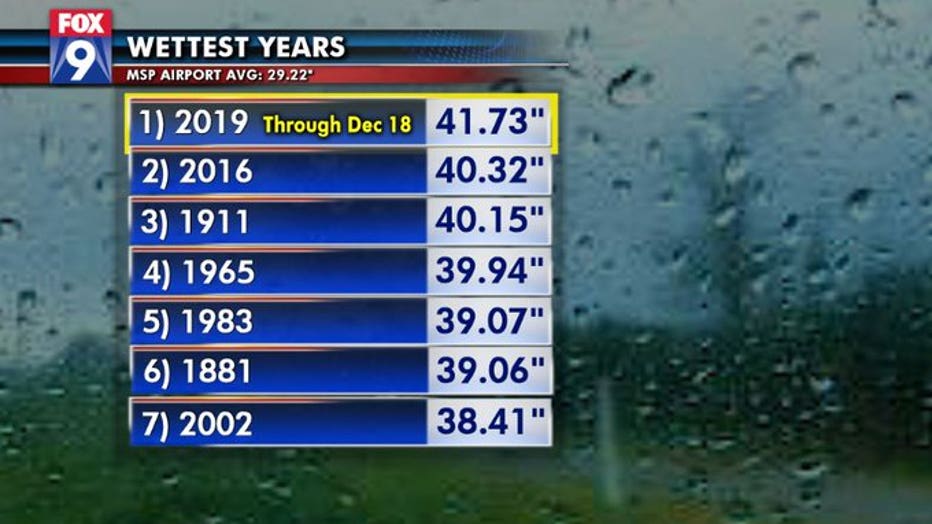