Well, it’s that time of year again. The sure sign that we’ve turned the corner from winter’s wrath and are headed for the much warmer conditions of the spring and summer. It’s ice out season. Over the last decade or so, it’s really become the unofficial marker to spring, much like Memorial Day is the unofficial start to summer. Our infatuation with it is a bit puzzling, but somehow it’s a big deal every year. 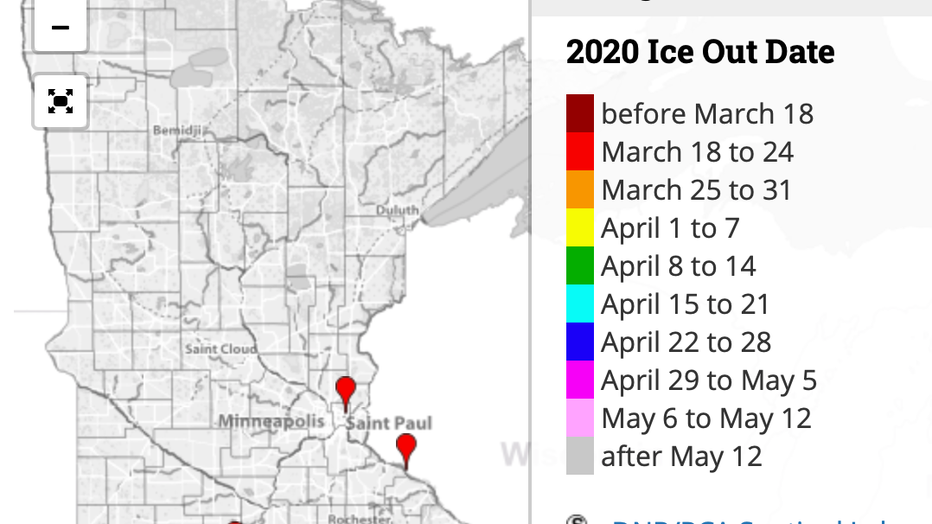 Lakes that are considered ice free as of March 25th

This year though, it’s obviously getting drowned out by more pressing matters, but it doesn’t mean it’s not happening. One lake in the Twin Cities and several in south central Minnesota have already declared ice free conditions. This is roughly a week to 10 days ahead of the long term average. 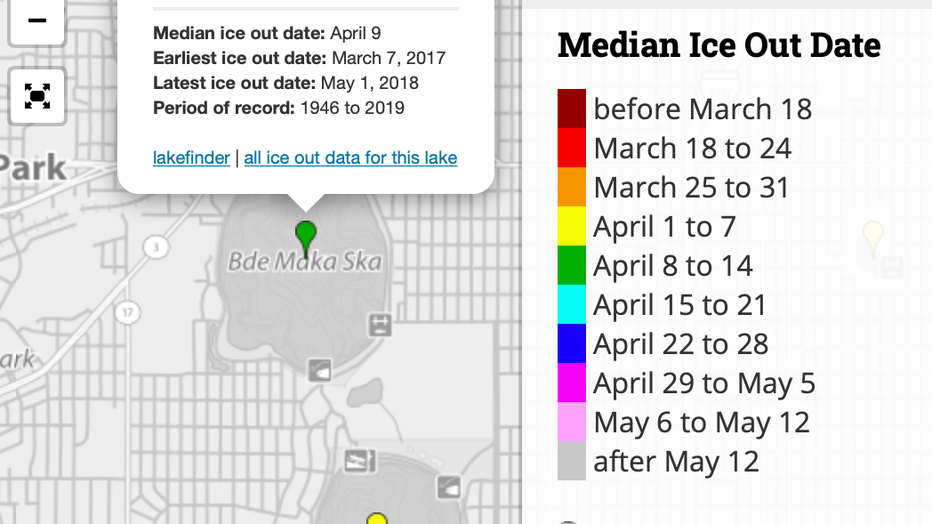 But just like our temperatures and snow can vary widely from year to year, so can our ice out dates. Take Bde Maka Ska for example. It’s the lake that’s often used to determine when ice out has “officially” made it to the Twin Cities. The average date that the lake is ice free is April 9. That’s within roughly five days of most of the lakes in the greater metro, with maybe the exception being Lake Minnetonka. But in 2018, it took till May to get ice free conditions, the latest since the 1940s. Just the year before that though, the lake was ice free in early March, the earliest the lake has seen open water. 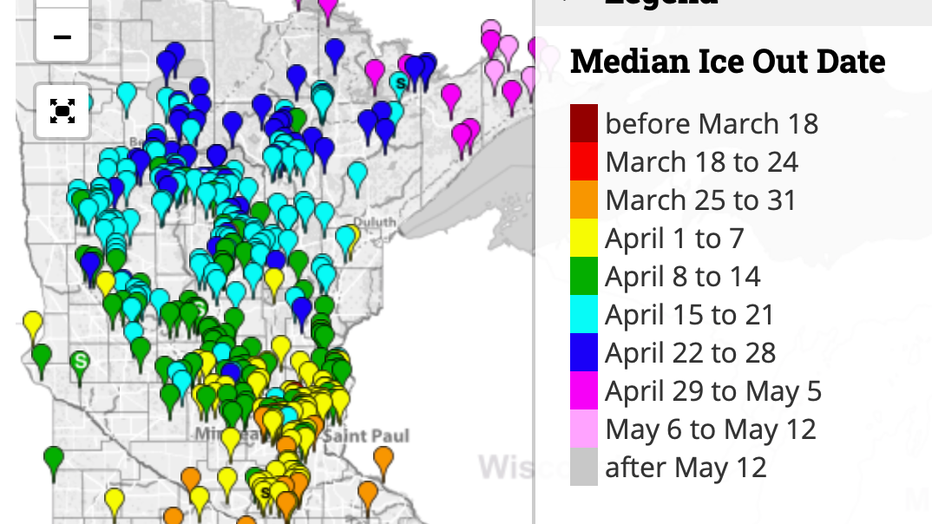 As you would imagine, in the average year, ice free conditions travel from southwest to northeast across the state. Often starting in southern Minnesota in mid to late March, getting to the I-94 corridor in the first half of April, and rounding out in the Arrowhead in early May. But ice has been found in northern area lakes all the way to June. The way things are trending now, I’d say all lakes statewide will be free of ice long before that. With the Great Outdoors more desirable than ever, thanks to our social distancing, ice free conditions will be in high demand, especially by the time we get to the finish opener in the first week of May.