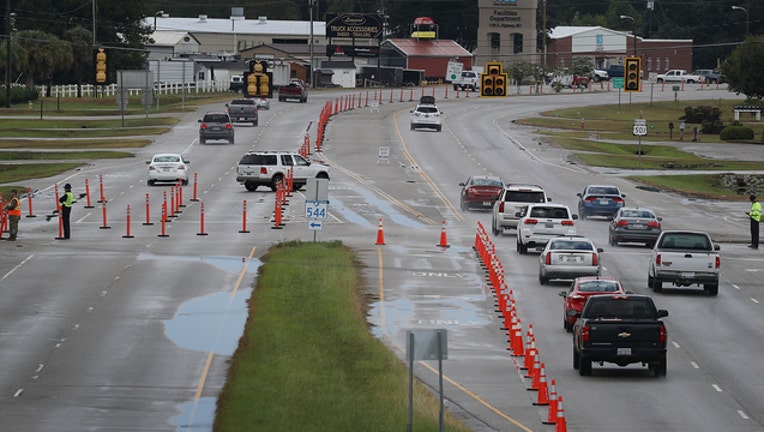 Vehicle traffic travels along US 501 as the government ordered that traffic use all the lanes leading away from the coast ahead of Hurricane Florence on September 11, 2018, in Myrtle Beach, South Carolina. (Photo by Joe Raedle/Getty Images)

Airbnb announced it has launched its Open Homes Program, which offers “displaced neighbors and relief workers” a safe place to stay through the worst of the storm.

Airbnb hosts in Maryland, Virginia, West Virginia, Tennessee, North Carolina, South Carolina and Georgia are allowed to offer their homes for evacuees and relief workers to stay, free of charge, through Oct. 1.

Florence’s outer bands of wind and rain began lashing the Carolinas on Thursday and forecasters expect it will blow ashore Friday afternoon. The monster storm is expected to hover along the coast on Saturday before slogging over the Appalachian Mountains. Florence is expected to impact more than 10 million people.

The Associated Press and Fox News contributed to this report.