I realize this is a relative question… if you ask anyone around here, they will give their opinion, and likely everyone’s will be different.  But the question refers more to Mother Nature; how early is too early for snow to start falling?  Well, to answer that in one word, the answer is never.  In theory, Minnesota could get snow in every month of the year.  Now, we all know that historically speaking, that’s next to impossible, but the only month that snow hasn’t fallen in Minnesota since modern day records began in the 1880’s is July.  The earliest snows have come in the final couple days of August, and the latest snows have come midway through June.

That being said, we still have what we call a “snow season” which is the time of year snow most typically falls.  In the Twin Cities, it is the months of November to April.  Once again though, we can get and often do get at least a little bit of snow in October AND May every few years, but there is usually very little if any impact because the snow melts as it hits the ground. 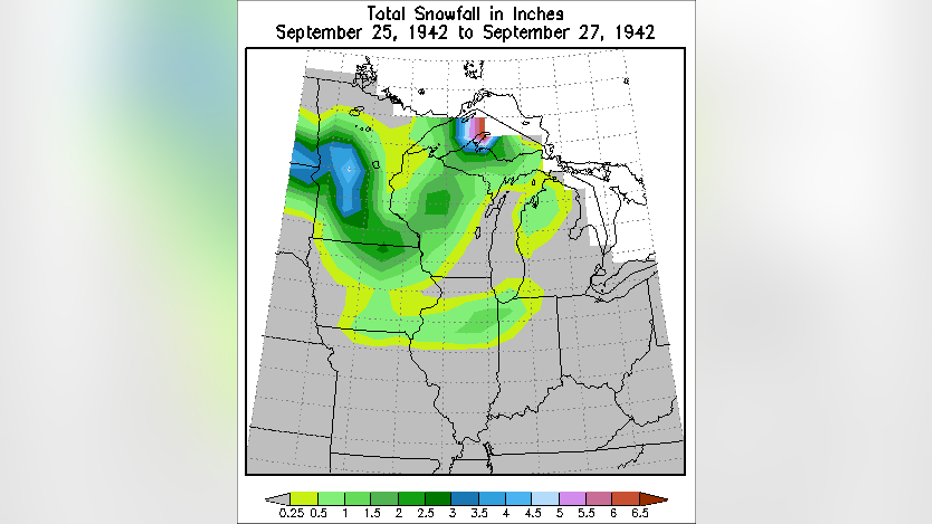 The earliest 1-inch snowfall for the Twin Cities was actually on this day, September 26th, in 1942. But the Twin Cities weren’t the only ones to receive snow in that storm. A large and very cold storm system rolled into the Upper Midwest and dropped measurable snow on 8 states. Parts of western and southern Minnesota were buried with up to 9 inches of snow.  This snowstorm set early season snowfall records for all of central and southern Minnesota.  Measurable, but lighter snowfall made it as far south as central Illinois. This remains to be the largest September snowstorm for the state and many areas of the Upper Midwest. 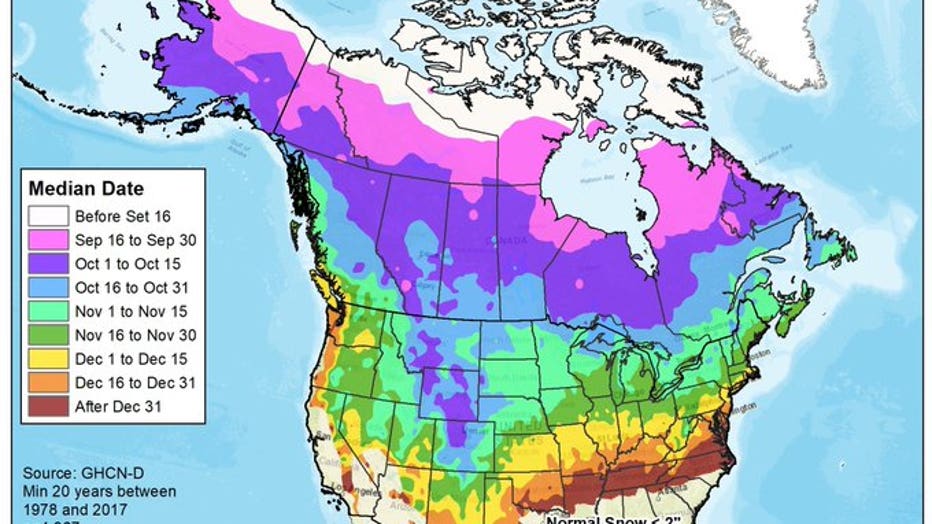 All of that said, our “typical” first measurable snowfall doesn’t show up in the Twin Cities until the first few days of November. For northern Minnesota, it’s common to get a quick dusting of snow by the latter half of October. So we have a little ways to go yet, but it will be here before you know it.