(FOX 9) - After one of the colder Halloweens in recent years, our arctic feel hasn’t really given up. With a persistent northerly flow in much of the central and eastern U.S. over the last couple of weeks, consistently ushering in air straight from northern Canada, it’s been a pretty bone chilling end to October and start to November. And now it looks like it will easily be the coldest first half of the month since that fateful Halloween blizzard in 1991. The most amazing part about that feat is that it’s been done with very little, if any snow on the ground. 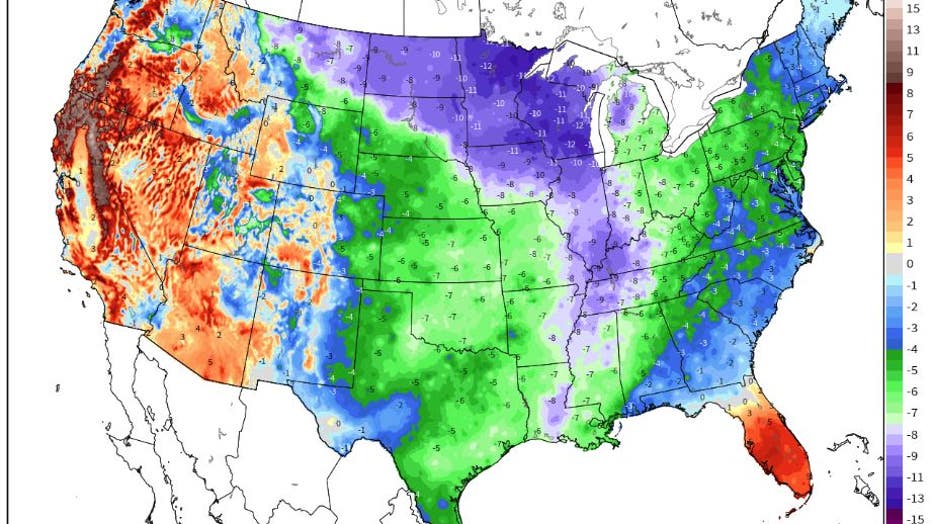 Temperatures east of the Rockies have been running 5° to 15° below average through the first 11 days of the month. Many cities from Detroit to Chicago to St Louis and Dallas have experienced their coldest start to November on record. Meanwhile, it's

This is notable because snow is a cold weather insulator. It not only reflects additional sunlight back into space, preventing significant warming during the day, but also helps insulate the atmosphere at ground level, allowing temperatures to fall much further overnight than they otherwise would.

Through November 12th, we are ranked in 6th place for the coldest first half of November on record with a couple of very cool, below average days to go. So it’s quite likely we end up in 2nd or 3rd place by the 15th. The good news though is that it appears we are entering a pattern shift and that we will be edging out of this really cold pattern by the weekend with more seasonable 40s in the forecast.