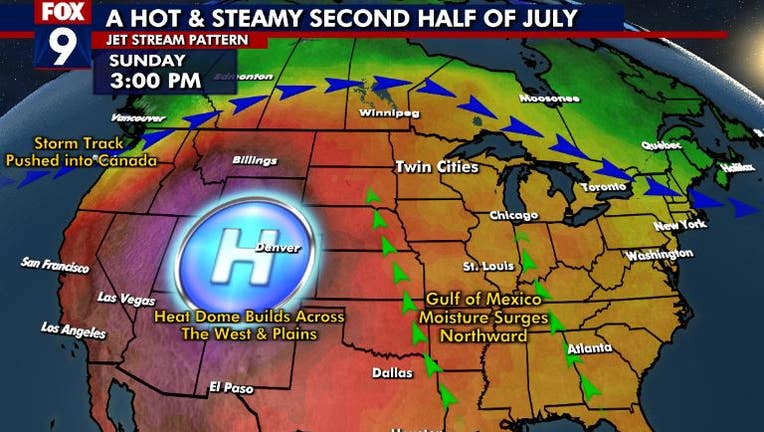 After an above average and very dry first half of the summer, more of the same is likely for at least the next week.  (FOX 9)

(FOX 9) - After an above average and very dry first half of the summer, more of the same is likely for at least the next week. However, it's likely we dial the heat up a notch and see plenty of 90s through the rest of July.

A stretch of 90s is perfectly common this time of year as the latter half of July is the warmest time of year on average here in Minnesota. This is because a heat dome is developing to our southwest over the next few days. This will continue the extremely warm temperatures in the Rockies and much of the Plains. We will continue to be on the northern fringes of this dome, which will make things hot, but we're not expecting record breaking heat at the moment. 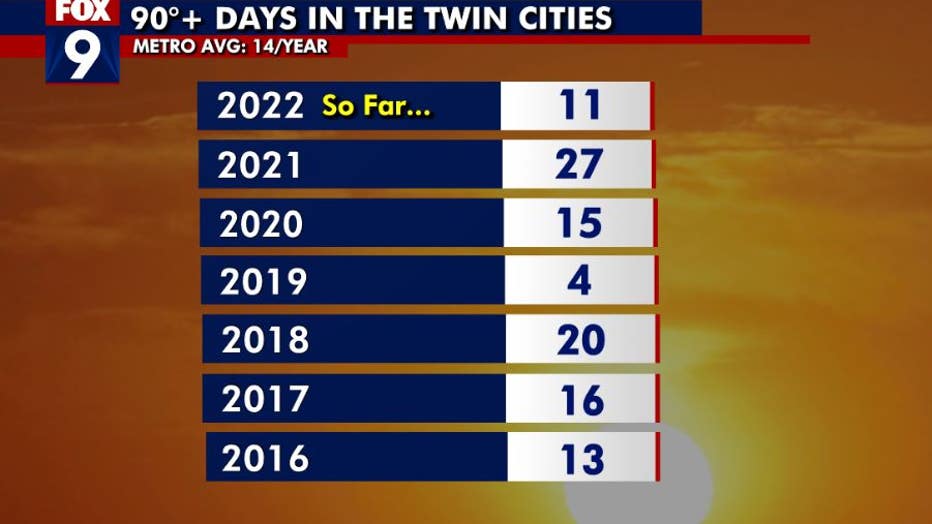 We average 14, 90°+ days in the Twin Cities per year, but that number can vary wildly. We've already seen 11 this year, so with the heat coming, we're likely to add at least a few more in the week ahead, likely pushing us above average for the year overall.  Unfortunately though, it's likely to stay quite dry as well.

Our drought conditions in the Twin Cities and parts of central Minnesota and western Wisconsin continue to expand thanks to a very dry stretch over the last several weeks. The Twin Cities is now nearly 5" of rain below average just since June 1st in one of the driest stretches on record for this time of year as we continue to be one of the driest locations across the entire Upper Midwest. 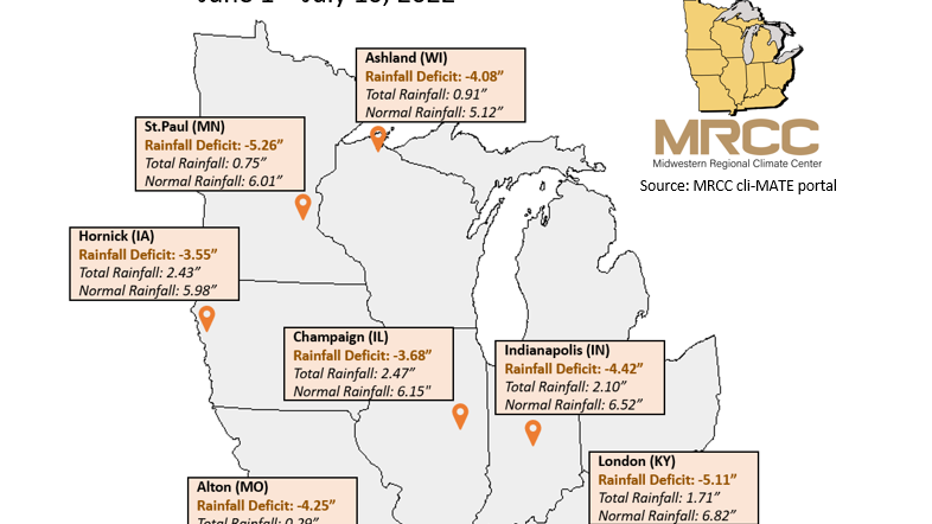 The Twin Cities metro missed out on one of the best opportunities for widespread beneficial rain we've seen in weeks Friday morning,  (FOX 9)

The Twin Cities metro just missed out on one of the best opportunities for widespread beneficial rain we've seen in weeks Friday morning, but storms just couldn't form fast enough before the moisture pushed southeast of the area. There was certainly much needed moisture in some spots, especially in western WI, the St Croix, and lower Mississippi River valleys with pockets of an inch or more.  But this may be it for rain for a while for many of us as our dry pattern is not likely to change. 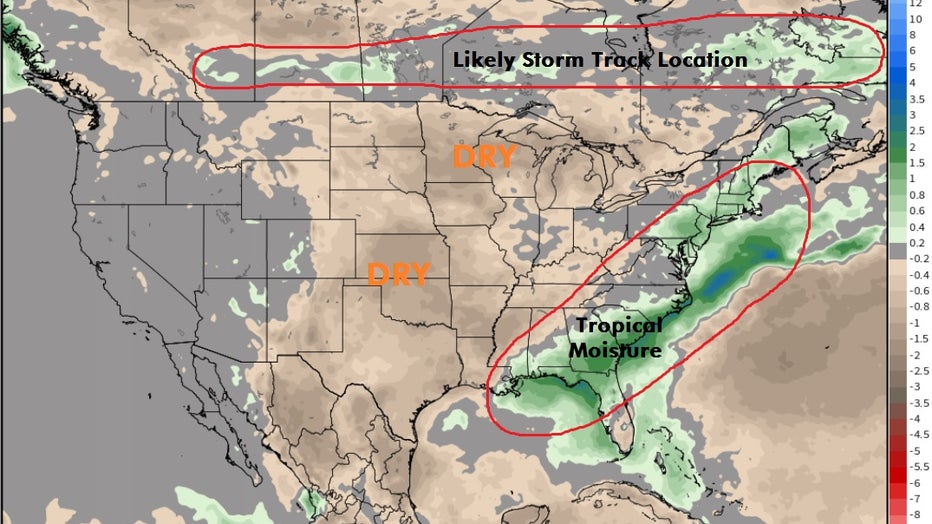