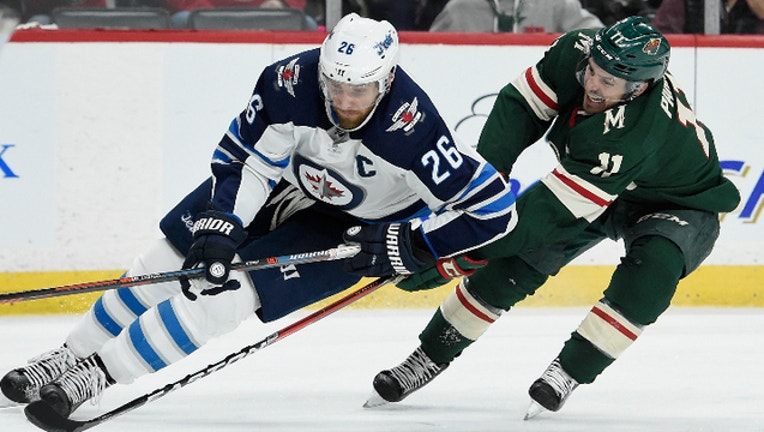 Zach Parise #11 of the Minnesota Wild reaches for the puck against Blake Wheeler #26 of the Winnipeg Jets during Game Three of the Western Conference First Round during the 2018 NHL Stanley Cup Playoffs. (Photo by Hannah Foslien/Getty Images)

Parise is week-to-week with a fractured sternum, the team says. The 33-year-old battled with a lower back injury last fall that caused him to miss the first 39 games of the regular season.

Parise scored a goal in each of the first three playoff games against the Jets, and the Wild are 1-2 in the series.

The Wild host the Jets in Game 4 at the Xcel Energy Center. The puck drops at 7 p.m.