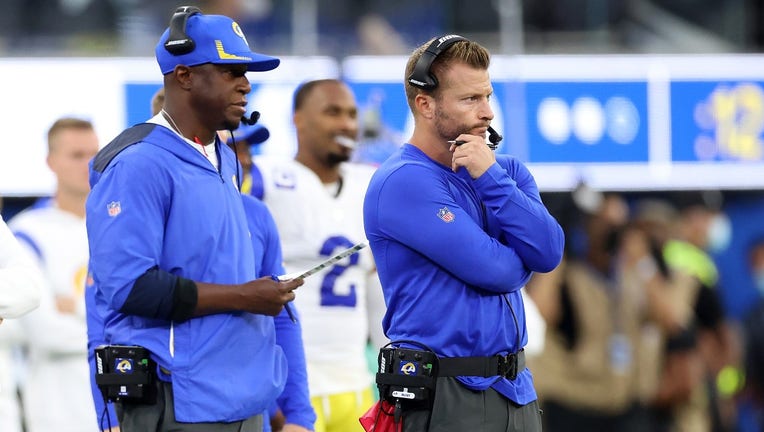 MINNEAPOLIS - The Minnesota Vikings introduced Kwesi Adofo-Mensah as their new general manager on Thursday in a news conference at TCO Performance Center.

As the former Vice President of Football Operations with the Cleveland Browns laid out his vision for the Vikings’ front office, head coaching dominoes were falling. Nathaniel Hackett, who held an initial interview with Minnesota last week, became the head coach of the Denver Broncos. Dan Quinn, who had also interviewed with the Vikings, decided to stay in Dallas as the defensive coordinator.

'It was meant to be': Vikings introduce Kwesi Adofo-Mensah as GM

The Minnesota Vikings officially introduced Kwesi Adofo-Mensah as their new general manager Thursday morning at TCO Performance Center. FOX 9's Dawn Mitchell and Hobie Artigue talks about how this is a new refreshing, genuine era for the Vikings.

So who could be the next Vikings’ coach, and how quickly could it happen? Here is a look at six names to keep an eye on.

DeMeco Ryans is in his second season as the San Francisco 49ers’ defensive coordinator, and is getting ready to face the L.A. Rams in the NFC Championship Game. Ryans has been in San Francisco since 2017, and overlapped with Adofo-Mensah in the front office. He’s an attractive candidate for Minnesota after the 49ers held Aaron Rodgers and the Packers to 10 points in the NFC Divisional Playoffs.

Raheem Morris is the defensive coordinator for the L.A. Rams and is also getting ready for the NFC title game against the 49ers. He held an initial interview with the Vikings last week. He’s been in the NFL since 2002 and was the Tampa Bay head coach from 2009-11.

Kevin O’Connell is the offensive coordinator for the L.A. Rams and overlapped with Adofo-Mensah in 2016, working in special projects with the 49ers. If the Vikings want to shift gears and have an offensive-minded head coach, O’Connell is a popular name to watch. He held an initial interview with the Vikings last week.

Todd Bowles has been the defensive coordinator with the Tampa Bay Buccaneers wince 2019. He’s won a Super Bowl as a player, a coach and an executive, and was the head coach for the New York Jets for four seasons, 2015-18.  He’s highly-respected around the league, did an initial interview with the Vikings last week and is a name to watch if they stay with a defensive-minded coach.

Jonathan Gannon is currently the defensive coordinator for the Philadelphia Eagles and was one of eight candidates to interview with the Vikings last week. He was an assistant defensive backs coach for the Vikings from 2014-17, and has been in the NFL since 2007.

The latest name to enter the Vikings’ head coaching search is New York Giants defensive coordinator Pat Graham. Multiple reports indicate Graham will do a virtual interview with the Vikings on Saturday. Graham just finished his second season as the Giants’ defensive coordinator and assistant head coach. He’s also a Bill Belichick disciple, working as a linebackers’ coach when the Patriots beat the Seahawks in the 2014 Super Bowl.

The other name still out there? Kellen Moore, who led the Dallas Cowboys to the top total offense in the NFL this season.

We’ll get a much better idea what Adofo-Mensah’s vision for the next head coach is when we learn who will get getting second interviews.