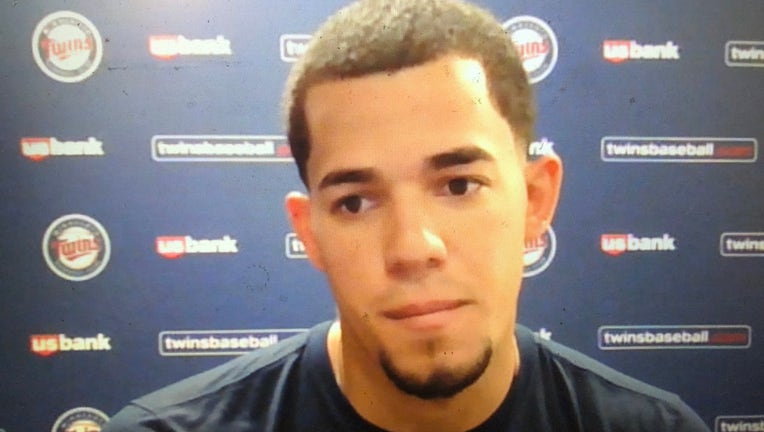 Jose Berrios will get the Opening Day start when the Minnesota Twins open a 60-game season Friday night in Chicago against the White Sox.

MINNEAPOLIS - After four months of uncertainty and questions amid a global health pandemic, there’s going to be a Major League Baseball season, and it will start for the Minnesota Twins at Guaranteed Rate Field in Chicago.

It will be a 60-game sprint to the American League Central Division title, and there’s little margin for error early on. That’s why the Twins are turning to Jose Berrios on Opening Day. He’ll go against Lucas Giloito, a pitcher drafted in 2015 just like Berrios.

The Twins’ ace is the guy they want on the mound in Game 1 of a sprint to set the tone for a shortened season. He got the ball last year on Opening Day, and shut out the Cleveland Indians over 7 2/3 innings while striking out 10. Two years ago, Berrios tossed a complete-game shutout as the Twins beat the Orioles 7-0.

“I’m glad that I have the opportunity again. We’ve got only 60 games, so we need to put it on as soon as possible. I’m going to go out there Friday and do my work to trust the line for the other people,” Berrios said Thursday before the Twins’ exhibition game against the Chicago Cubs.

After about three weeks of Summer Camp, it all started to feel real as the Twins boarded their flight to Chicago on Tuesday after a morning workout at Target Field. Each player got their own row on the plane to provide proper social distancing, they landed after about 50 minutes and enjoyed a meal at their team hotel.

It’s real, they’re in Chicago and a season more than three months in the making starts Friday night.

“When we landed in Chicago, we are more close to starting the season. That’s exciting, we’re excited for this opportunity,” Berrios said.

Berrios is still just 26 years old and entering his fourth full MLB season, but is already a two-time All-Star. That includes last season, after going 14-8 in 32 starts with a 3.68 earned run average, 195 strikeouts and just 51 walks in 200 innings.

Pitchers will be monitored closely in a shortened season, especially starters, but Berrios said he’s prepared to throw 100 pitches if that’s what it takes to start 1-0. He was 4-1 in five starts against the White Sox last year, and said he likes pitching in Chicago.

“I like this city, I kind of feed off the energy of this city, I like to pitch here and I think I just have to follow my plan that my pitching coach and the advanced scouting team puts together,” Berrios said. “Just execute my plan against each hitter in that lineup, use that scouting report and then go out there and trust my abilities.”

He estimates in a 60-game season, he’ll get 10 to 12 starts if he stays healthy the whole way. His goal is to have a quality start, at least six innings pitched and allowing three earned runs or less, every time out.

That should give an offense that includes Nelson Cruz, Josh Donaldson, Eddie Rosario, Max Kepler, Miguel Sano and others plenty of margin to score runs. Without Donaldson, the Twins set an MLB record last year with 307 homers.

Opening Day in July without fans won’t feel quite the same, but regardless, baseball is back Friday night. They’ll play 60 games in 66 days. It’s up to Berrios to set the tone and put up zeroes.

“We’re like young kids going to school on the first day. Finally we are only a few days away to do what we love, playing baseball. Ready to play.”