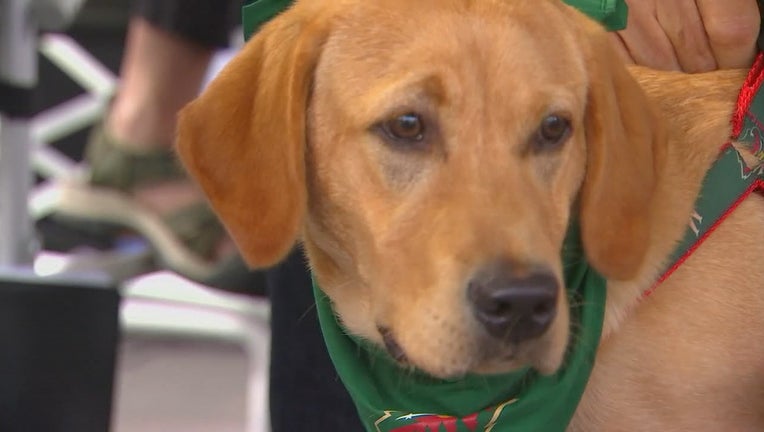 ST. PAUL, Minn. (FOX 9) - While the Minnesota Wild get ready to welcome back hockey games, they also had to say goodbye to a special player.

The team adopted a Labrador retriever named Breezer from a rescue organization last year. He lived with the team's president, Matt Majka, and his family while going through obedience training.

Now, it’s time for Breezer to become a service dog for a veteran with PTSD.

Wednesday morning, Breezer was handed over to a nonprofit called Soldier’s 6 to begin the next phase of training before he is matched up with a soldier in need.