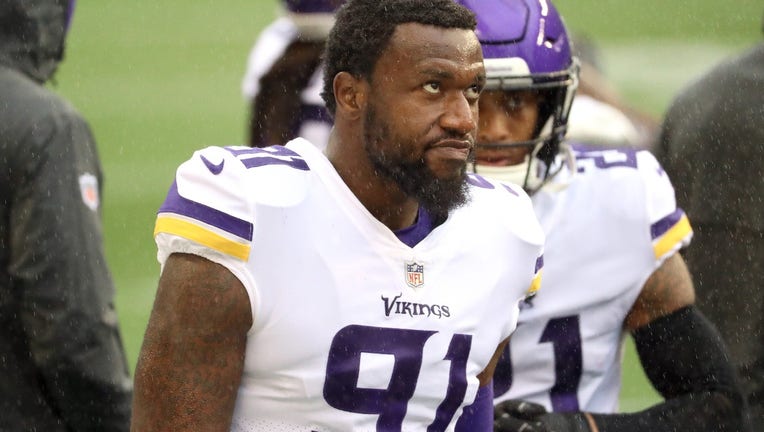 Yannick Ngakoue #91 of the Minnesota Vikings looks on before their game against the Seattle Seahawks at CenturyLink Field on October 11, 2020 in Seattle, Washington. ((Photo by Abbie Parr/Getty Images))

According to multiple reports, the Vikings are getting a third round pick in the 2021 NFL Draft, and a conditional draft choice.

The Vikings originally traded two draft choices to the Jacksonville Jaguars back in late August to acquire the pass rushing specialist. Those included a 2021 second round draft pick.

"These are always very difficult decisions. Part of my responsibility overseeing a football operations is to not only look at the short-term goals, but the long-term goals as well. This was an opportunity that I felt would accomplish both the short and long-term as we move forward, but these decisions aren’t easy to make," Vikings General Manager Rick Spielman told reporters Thursday morning via Zoom.

In six games with the Vikings, Ngakoue recorded 12 tackles, and had five sacks in his last five games, including two in the team’s only win at Houston. He also had seven quarterback hits. He agreed to join the Vikings on a 1-year, $12 million contract.

The Vikings are on their bye week, and they're off to a 1-5 start as they head to face the Green Bay Packers at Lambeau Field next Sunday.