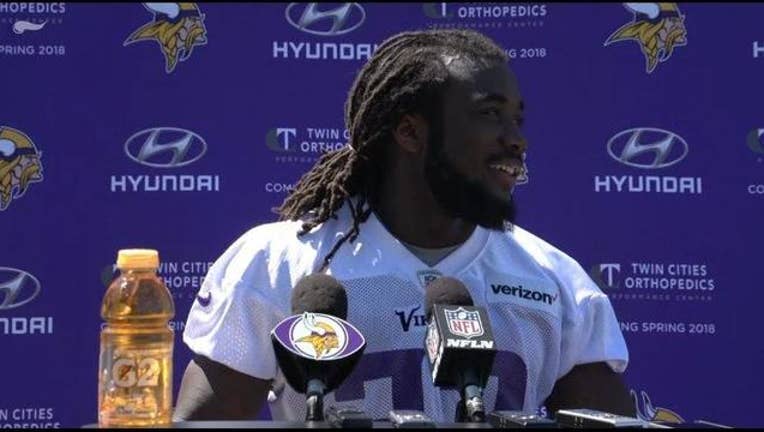 MINNEAPOLIS (KMSP) - Dalvin Cook and the Minnesota Vikings agreed to terms on a contract  Wednesday. With the top pick's deal done, the Vikings now have their entire 11-player 2017 draft class under contract.

Cook was selected in the second-round selection with the Vikings first available pick, No. 41 overall. He was the third running back chosen in the draft after LSU's Leonard Fournette and Stanford's Christian McCaffrey.

Cook was Florida State's all-time leader in rushing yards (4,464) and rushing touchdowns (46) after just three seasons. Cook is the only player in Atlantic Coast Conference history to break 4,000 rushing yards in three seasons. The Miami, Florida native was named the Orange Bowl MVP, his final game at FSU, after producing 207 total yards (145 rushing) with 1 TD vs. sixth-ranked Michigan. Cook is a two-time All-American and was the winner of the 2015 Jim Brown Award which is given annually to the nation’s top RB. Cook appeared in 38 games at FSU, making 28 starts, and topped 100+ rushing yards 21 times during his career. During his junior season, Cook tallied 1,765 rushing yards and 19 TDs while adding 488 receiving yards which was third highest on the team.