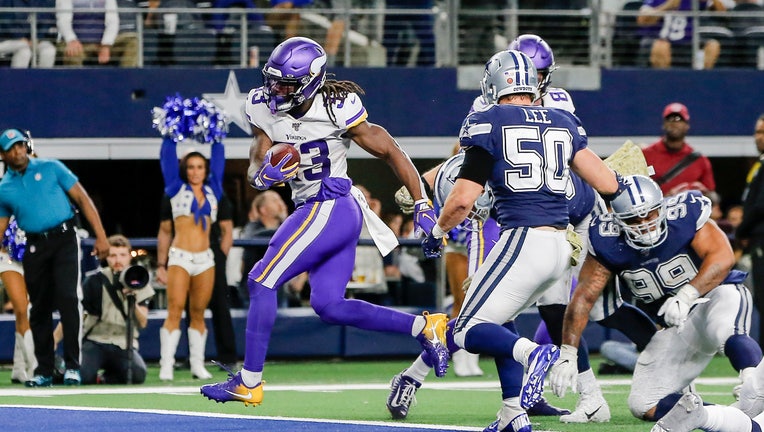 MINNEAPOLIS - The NFL Draft starts Thursday and the Minnesota Vikings have a pair of first round picks, and fans will get a chance for virtual interaction on Friday.

The Vikings are hosting a virtual draft happy hour at 5 p.m. Friday, day two of the NFL Draft. The live-streamed event will give fans the chance to interact with their favorite Vikings analysts and some players across the team web site, Twitter, Facebook, Instagram and YouTube.

Vikings GM on preparing for a virtual draft

GM Rick Spielman and the Vikings front office are relying on new technology to evaluate players ahead of this week's NFL Draft.

Miller Lite is also giving a draft party to 50 fans 21 and over with a draft box. It will include commemorative cups, gear and a Vikings 2020 NFL Draft hat. It will also include prizes from Miller Lite, and autographed Vikings memorabilia. It will be delivered to the homes of 45 randomly-selected Vikings season-ticket holders. The other five will be given away on the Vikings’ social media platforms.

The Vikings will also provide a virtual inner circle for the first three rounds of the draft. It will include 15 Vikings fans from around the world, who will be shown behind NFL Commissioner Roger Goodell as he says the Vikings are on the clock.

The Vikings typically host their NFL Draft party at U.S. Bank Stadium, but all public events are canceled due to the Coronavirus pandemic. The draft is fully-virtual, with all teams working remotely from their homes and Goodell announcing the picks from his basement.

The Vikings have the No. 22 and No. 25 picks in the first round Friday night. They have one second round pick, and two third round selections. The Vikings currently have 12 total picks over the three days.