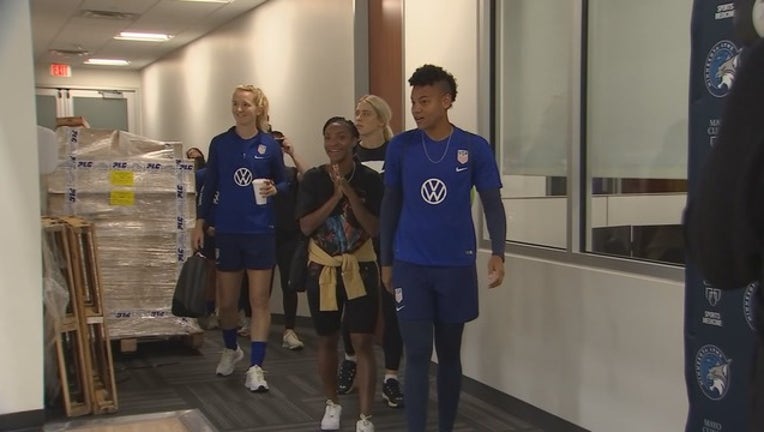 ST. PAUL, Minn. (FOX 9) - The U.S. Women's National Team is set to storm into St. Paul this coming week for a friendly match against Portugal.

Players will take to the turf of Allianz Field on Tuesday for the event.

Ahead of the match, members of the U.S. team visited with Minnesota Lynx players during a Saturday practice.

During the stop, Mewis gave an honest explanation to FOX 9 on why she is a soccer star and not a basketball star.

"I'm not that good," she said. "I actually played in high school. My mom actually played at Northeastern in college. So, it kind of runs in the family, but I obviously took up soccer instead. My outside shooting was god-awful, but I'm pretty good at right-handed layups."