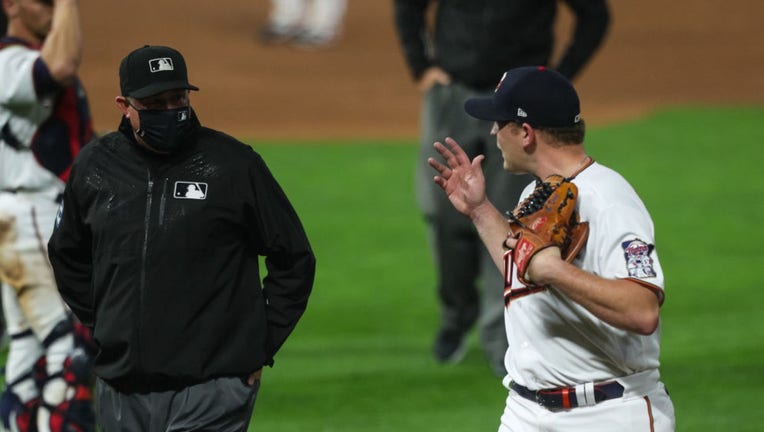 MINNEAPOLIS, MN - MAY 18: Tyler Duffey #21 of the Minnesota Twins argues with umpire Chad Whitson #62 after being ejected for throwing a pitch behind Yermin Mercedes of the Chicago White Sox in the seventh inning at Target Field on May 18, 2021 in Mi ((Photo by David Berding/Getty Images))

(FOX 9) - Minnesota Twins pitcher Tyler Duffey has received a three-game suspension after he intentionally threw a pitch behind Yermin Mercedes of the Chicago White Sox Tuesday night, according to MLB officials.

The pitch happened in the seventh inning of the game at Target Field. The umpires ejected Duffey following the pitch. As part of the discipline, Duffey will also be fined an undisclosed amount.

Twins manager Rocco Baldelli also received a one-game suspension and fine. Baldelli will sit out for the second game of the Twins' doubleheader Thursday night against the Los Angeles Angels in Anaheim.

Duffey's suspension is scheduled to start Thursday as well, but he has chosen to appeal. The discipline will be held until the appeal process has been completed.