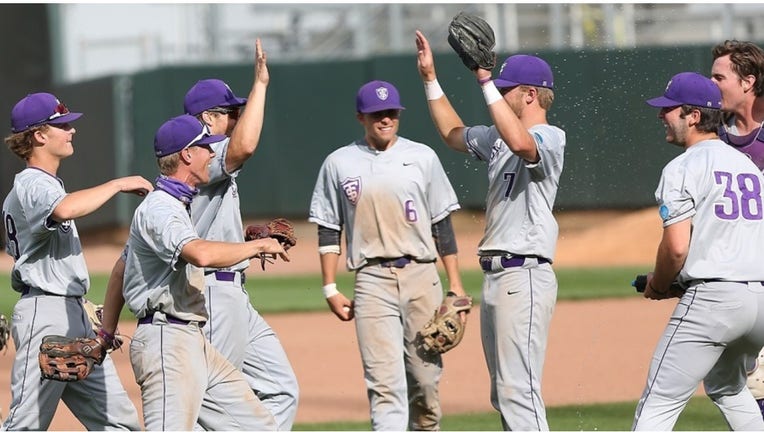 MINNEAPOLIS - The University of St. Thomas baseball team will play for a Division III national championship starting Monday afternoon after another come-from-behind win on Sunday at the College World Series in Cedar Rapids, Iowa.

It was the fifth straight come-from-behind victory for St. Thomas in the NCAA Tournament. The Tommies are in their final season in Division III before making the leap to Division I next season. St. Thomas is 11-3 this postseason, which includes two walk-off wins and seven comeback wins.

Down 4-3 against Washington, Avery Lehman got a safety squeeze bunt in the ninth for the game-tying run. Charlie Bartholomew and Kyle Halvorson then each followed with run-scoring singles to give the Tommies a 6-4 lead going to the bottom of the ninth.

St. Thomas started the World Series with a 7-5 comeback win over Adrian, then got the pair of comeback wins to eliminate Washington University. The Tommies were down to their last out, last strike, multiple times in the Collegeville Regional before coming back to beat Pacific 13-9 and advance to the World Series.

St. Thomas (37-8) will face Salisbury University of Maryland in a best-of-three series starting Monday afternoon for the Division III national championship. Game 1 is at 3:30 p.m., with Game 2 set for 11 a.m. Tuesday. Game 3, if necessary, would follow.