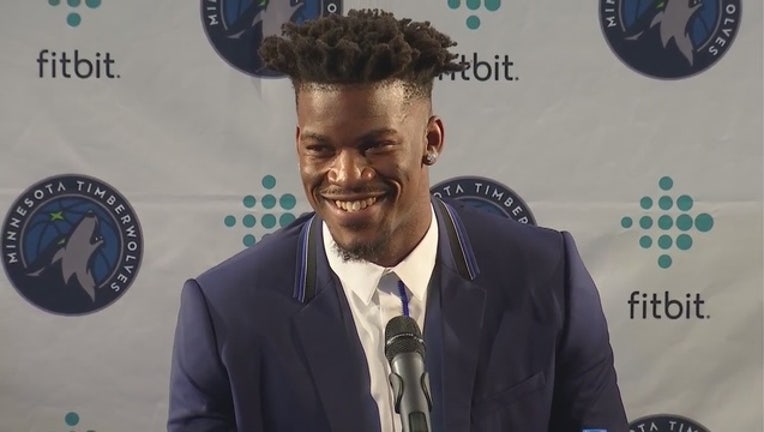 MINNEAPOLIS (KMSP) - Jimmy Butler has requested a trade from the Minnesota Timberwolves, according to reports.

Jon Krawczynski and Shams Charania of The Athletic say Butler has given the Timberwolves a list of one to three teams with which he is open to signing a contract extension.

The 29-year-old is currently meeting with Minnesota head coach Tom Thibodeau to discuss his future with the team.

The Timberwolves traded the Chicago Bulls for Butler before the start of the 2017-18 season, giving up Zach Lavine, Kris Dunn and their 2017 first-round draft pick. In his first season with the team, Minnesota made it to the postseason for the first time since 2004.