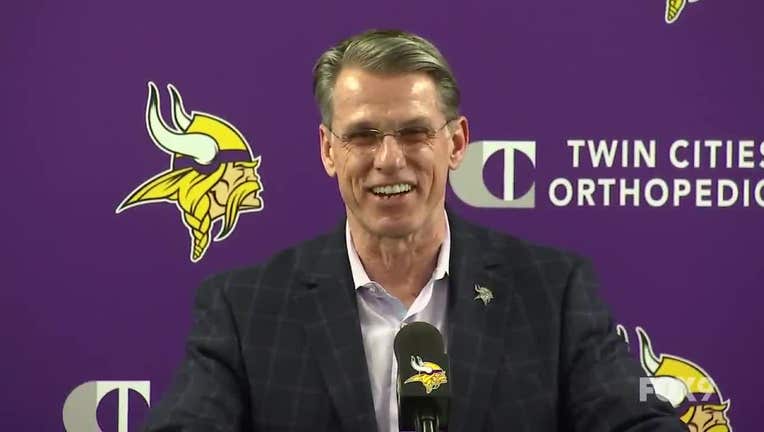 MINNEAPOLIS (FOX 9) - On the heels of re-upping with head coach Mike Zimmer, the Vikings are now reportedly working on locking in general manager Rick Spielman to a multi-year contract extension.

Spielman has served as general manager for nine seasons with Minnesota and has been in the front office for the team since 2006.

Under his reign as general manager, the Vikings have made the playoffs four times and won the division twice over eight seasons.

The terms of Spielman's new contract are not yet known.