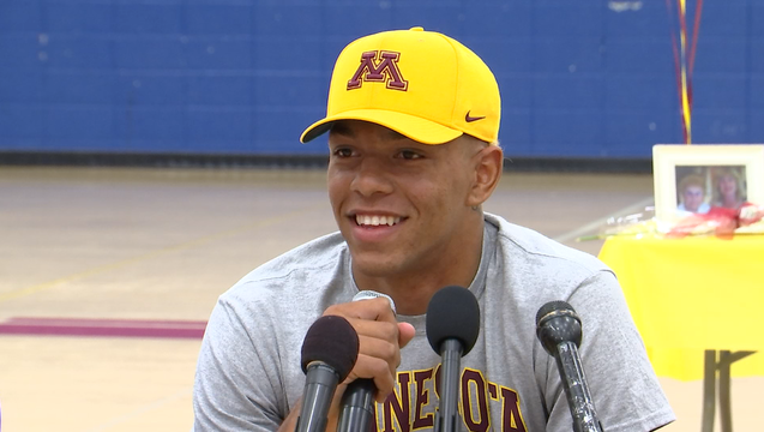 ORONO, Minn. (KMSP) - The Gophers men's basketball program continues to reap benefits from last year's big turnaround with some big names putting their name on the dotted line to play at the University of Minnesota.

The latest is Jarvis Thomas a 6’6” power forward from Orono High School. He announced his college choice in front of his team and hometown fans on Tuesday night.

Coach Richard Pitino is starting to make inroads in the state, with two of the top five players in the Minnesota committed to the Gophers.