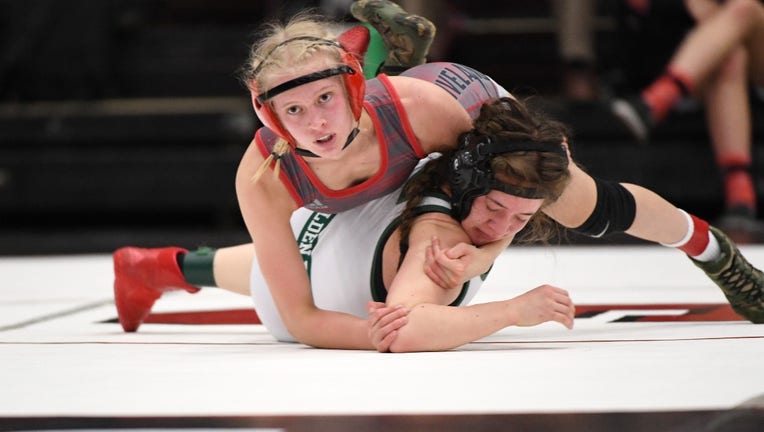 MINNEAPOLIS - The Minnesota State High School League on Tuesday voted to approve adding girls wrestling as a varsity sport in the 2021-22 season, but opted not to add boys volleyball despite growing popularity in the sport.

League officials held a virtual meeting on Tuesday, where 48 members reached a vote of 44-4 to approve a postseason format for girls wrestling as a sanctioned varsity sport next winter. Female wrestlers will continue to train and compete with boys’ teams during the regular season. Girls then have the option to compete in female-only individual section and state tournaments that would run simultaneously with the boys tournament.

Female wrestlers are also eligible to compete on boys’ teams in dual meets at section and state tournaments.

"Today's meeting demonstrated the significant desire for youth sports programs to be adopted by the Minnesota State High School League and for students to have the opportunity to represent their school as they compete," said MSHSL Executive Director Erich Martens in a statement. "The decision by our membership to offer our girls in wrestling the chance to compete for individual honors in their own postseason division is a big step. Minnesota now joins other regional states like North and South Dakota, Wisconsin, Kansas and Missouri in offering this opportunity for girls wrestlers."

Before passing girls wrestling as a varsity sport next year, MSHSL officials opted not to do the same with boys volleyball. The league’s 48-member panel had 29 yes vots, 18 no votes and one member did not cast a vote. There needed to be a two-thirds majority, or at least 32 out of 48 votes, for the measure to pass.

Boys volleyball is in its third year as a recreational activity that is offered by some MSHSL schools. Three years ago, more than 50 schools had boys volleyball as a club sport.

The 2020 season was canceled due to the COVID-19 pandemic. There are 24 state associations that have boys volleyball as a sanctioned sport.