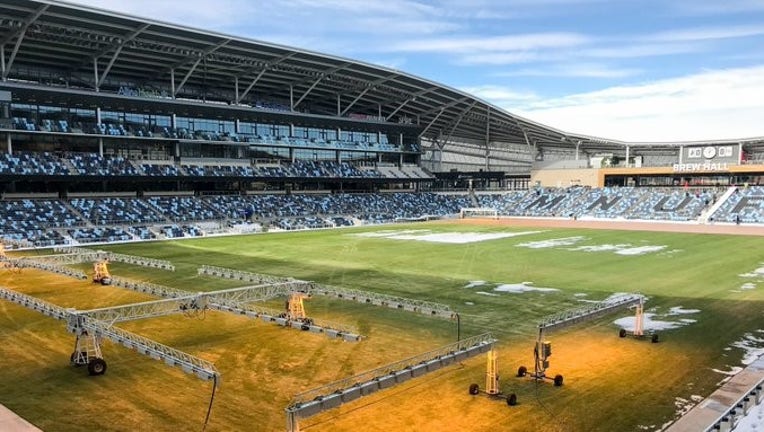 Heat lamps are used by Allianz Field staff to melt the snow and prepare the pitch for opening weekend. (Minnesota United FC / Twitter)

The team posted a photo of a heating system being used to melt the snow off Allianz Field Monday. The heat lamps, along with some warm weekend temperatures and sun, helped get the field dry before the team hosts home matches later in March.

The system was deployed at Allianz Field this week to prepare the pitch for Minnesota United's upcoming matches.

Sunday, March 1, the Loons will travel to face the Portland Timbers and the next weekend, on March 7, MNUFC will head to San Jose to take on the Earthquakes.

After that, they will return home for four consecutive home matches at Allianz Field.