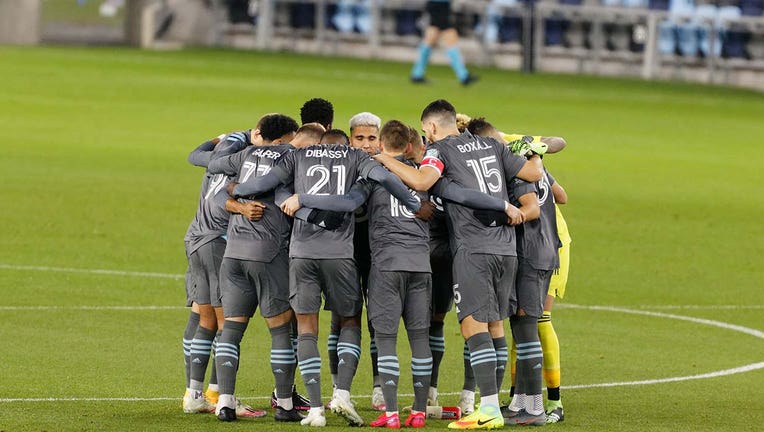 MINNEAPOLIS - Minnesota United is preparing to host the San Jose Earthquakes Saturday night at Allianz Field and remain unbeaten in seven straight matches, but the talk after Tuesday’s training session centered around potential controversy in their 1-0 win at the Portland Timbers last Saturday.

The match was stopped around the 63rd minute after Diego Chara had a clash with Loons’ forward Franco Fragapane. Timbers’ captain Diego Valeri and Minnesota United captain Michael Boxall were brought in, and Will Trapp was near the play at the time. Accusations were made that a racial slur was directed at Chara.

Portland coach Giovanni Savarese after the match expressed his anger and disappointment over the alleged incident. In a statement on Sunday, and after Tuesday’s training session at National Sports Center, Minnesota United is denying that anything was said during the match.

Coach Adrian Heath and Trapp offered some insight on the matter.

"There’s a couple of things that I think are really important for us to say. The record of this club since I’ve been here for inclusivity or diversity, whichever way you want to say it, has been first class and it’s something that we don’t take lightly. We’ve spoke to the player, the player vehemently denies he said anything. So we will believe what the player tells us, and obviously there’s an investigation going on," Heath said. "Hopefully the right outcome will come, because as of this moment, we are very strong behind our player."

Trapp said he didn’t hear anything, nor did the on-field referee or Valeri. The Loons’ player in question has not been publicly identified, and Major League Soccer is investigating the alleged incident. So far, there’s no indication of discipline against the Loons from MLS, and no cards or fouls were assessed at the time.

Minnesota United midfielder Jacori Hayes said if MLS officials determine there was a racial slur uttered, the team will handle the matter internally.

"It would be troubling, something we’d have to handle internally for sure. We’ll cross that bridge when we get there. I hope not, we’ll just see what happens," Hayes said.

The Twin Cities has been at the epicenter of social justice issues and promoting racial equality since the Memorial Day 2020 police killing of George Floyd in south Minneapolis. Derek Chauvin, the former officer convicted of murder in the case, was recently sentenced to 22.5 years in prison.

The Loons and other Minnesota sports teams have since used their platform to push efforts to end racism and social injustice.

"That is something that is on red alert for everyone, and even more so it would be very concerning. Not only for the individual, for the team, but also for the club and the city as a whole. We hope that something wasn’t said, but we’ll see what the investigation yields," Trapp said.

On the field, Minnesota United is one of the hottest teams in MLS. Since an 0-4 start, the Loons are unbeaten in their last six matches, going 4-0-2 over the stretch. They’ve scored seven goals in the six games, and goalkeeper Tyler Miller has allowed a total of three goals, with three clean sheets.

After a slow start, Minnesota United is firmly back in the Western Conference playoff picture. Trapp says the team’s resurgence goes back to win they snapped the skid, May 12 in a 1-0 win over Vancouver.

"We had no other option. If you let it go 0-5, now we’re talking about a season that’s been totally off the rails from the beginning. We made a stand in that Vancouver game and just said we cannot lose this game. We can’t even tie this game, we have to win this game," Trapp said. "Now you almost forget about the 0-4 start."

The Loons get Jan Gregus and Juuka Raitala back from international duty, but now lose Boxall after he was selected to the Australian National Team.