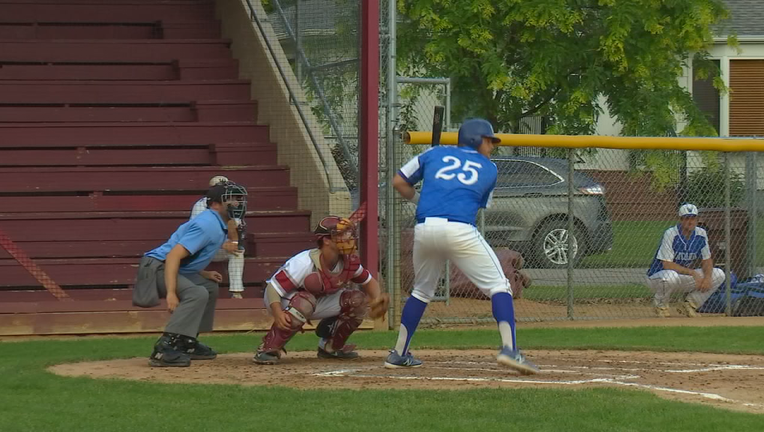 MINNEAPOLIS - As Major League Baseball goes through a proposal process to potentially start games in empty stadiums in early July, local officials are making a plea to Gov. Tim Walz to have an amateur baseball season.

The Minnesota Baseball Association has written at least two letters to Gov. Walz with a set of recommendations to open baseball in the state, making it safe for players and fans.

“For those of us that play, baseball is more than a hobby, it is a way of life. Many of us have played for decades with our brothers, fathers and sons. We don’t get paid and play for the love of the game. We understand that precautions need to be taken to assure everyone’s safety and if they are done we feel baseball is a logical ‘next step’ of opening up our state,” MBA officials said in a letter to Gov. Walz.

The Young America Cardinals is a team with deep roots in the community, making it quite the family affair for many of the players - some&nbsp;with relatives spanning decades of past team rosters.

Many high school baseball players who had their spring seasons canceled by the Minnesota State High School League due to the Coronavirus pandemic spend their summers playing legion and amateur baseball. The American Legion announced on Saturday it’s canceling the 2020 season due to the Covid-19 pandemic.

There were 366 legion teams last year, and 357 that had signed up to play in 2020. With that number, Minnesota is the largest state in the country for legion baseball. The first Legion State Tournament was held in 1926, and 2020 will mark for the first time in 94 years that there won’t be legion play.

The 2020 Amateur State Tournament is tentatively scheduled to be hosted by New Ulm and Springfield. While facilities are expected to be ready, officials expressed concerns at the most recent Minnesota Baseball Association meeting on May 2 regarding the financial aspect of the tournament, including selling programs and getting money from sponsors due to Covid-19’s impact on small businesses.

MBA officials further stated amateur baseball is currently shut down until Gov. Walz gives the approval to play. Under the current stay-at-home order, no team activities can start until at least May 18. No teams can play scrimmages or games until further notice.