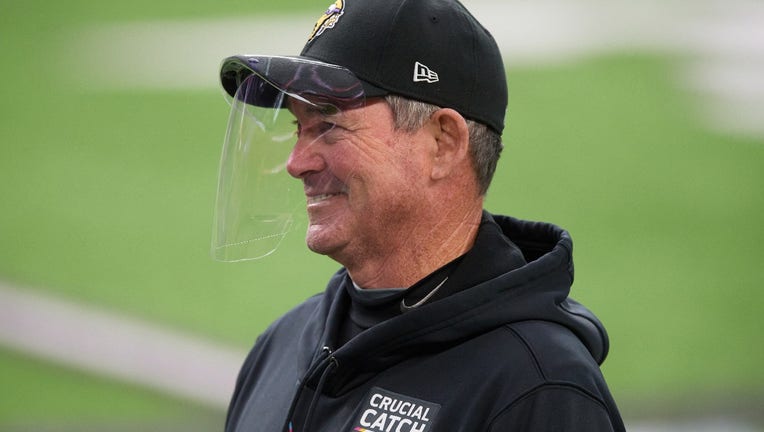 Head coach Mike Zimmer of the Minnesota Vikings looks on before the game against the Atlanta Falcons at U.S. Bank Stadium on October 18, 2020 in Minneapolis, Minnesota. ((Photo by Hannah Foslien/Getty Images))

MINNEAPOLIS - Minnesota Vikings coach Mike Zimmer sounded a lot like a young child on Christmas morning, talking about a defense that’s been almost completely rebuilt for the 2021 season.

Zimmer spoke with reporters on Wednesday about the offseason after going 7-9 in 2020 and missing the NFC Playoffs for his fourth time. He talked glowingly about the work of Rick Spielman and Rob Brzezinski, who have worked together to bring in several defensive players in free agency while also managing a tight salary cap.

After the season ended, Zimmer called his 2020 defense one of the worst he’s ever had. We likely won’t see tangible results until September, but Zimmer is determined for it to be dramatically better in 2021.

"We looked at the defense after the season and evaluated, it was pretty barren in there. We had to address that. Honestly at the end of the season, I was kind of down in the dumps when I kept looking at the depth chart and knowing what kind of salary cap space we had," Zimmer said. "They’ve got me rejuvenated with the guys that they’ve brought in."

So who have the Vikings brought in? To start off, eight-time Pro Bowl and three-time All-Pro pick Patrick Peterson. After 10 seasons with the Arizona Cardinals, he came to the Vikings on a one-year deal. The Vikings also added Xavier Woods in the secondary to replace the departed Anthony Harris.

The defensive line will look completely different from 2020. Danielle Hunter is expected back from neck surgery, and Michael Pierce is back after opting out. They’ve added Dalvin Tomlinson, and Stephen Weatherly is back.

Anthony Barr is back after missing the last 14 games with a torn pectoral muscle.

"Hunter, Pierce, Barr, Tomlinson, Peterson, it’s going to look completely different when we get out there and I’m excited about the whole group," Zimmer said.

At least publicly, Zimmer isn’t concerned about Hunter despite rumors he wants a new contract with the Vikings. He was the fastest player in NFL history to 50 sacks in his first five seasons before missing all of 2020.

"He’s sending back videos of his workouts and they’re very, very impressive. So we’re excited to get him back on the field. He’s a great team guy, he’s a terrific player and he’s one of the best people that I’ve been around in professional football," Zimmer said.

The Vikings have done a lot in free agency to rebuild a defense that was beat up last year, and relying on rookies Jeff Gladney and Cameron Dantzler. But what about the offense? Specifically, the offensive line?

Riley Reiff left in free agency, leaving the current offensive line at Garrett Bradbury, Brian O’Neill, Ezra Cleveland, Dakota Dozier, Rashod Hill and the recently traded for Mason Cole. They have the NFL Draft ahead, but Zimmer spoke confidently of who they already have in the fold.

The bottom line is the Vikings’ defense should be vastly improved in 2021, and Zimmer couldn’t be happier to have a lot more to work with.