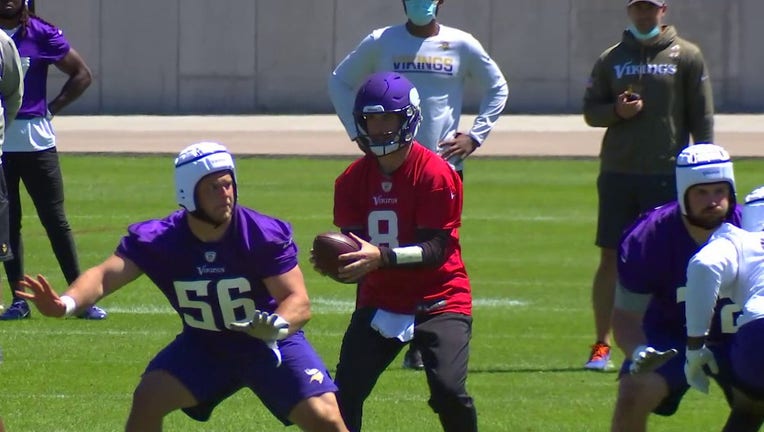 Cousins, along with Kellen Mond and Nate Stanley, all missed the team’s Saturday night practice at TCO Stadium due to COVID-19 protocols. Mond reportedly tested positive, and Cousins and Stanley were considered high risk close contacts.

With three quarterbacks missing time due to COVID-19 protocols, the Vikings are ready for the return of Kirk Cousins for offseason training on Thursday.

That left Jake Browning as the only available quarterback for the Saturday practice, and Zimmer frustrated and annoyed that the Vikings have one of the lowest player vaccination rates in the NFL. Browning and Case Cookus were the only quarterbacks at Monday’s practice.

Cousins and Stanley are expected back Thursday after having a five-day isolation period, and subsequent negative COVID-19 tests to be cleared to return to TCO Performance Center. They'll have to be removed from the NFL's reserve/COVID-19 list to be eligible to practice again. Zimmer didn’t know when Mond would be back. Since Mond tested positive, he’s out for at least 10 days.

Having the quarterback room all but wiped out due to COVID-19 protocols during training camp is one thing. It becomes a much bigger issue if the Vikings lose key players before a regular season game, or have to forfeit a game and take a loss if a non-vaccinated player starts an outbreak within a team.

The Vikings are also hosting a scrimmage on Saturday at U.S. Bank Stadium.