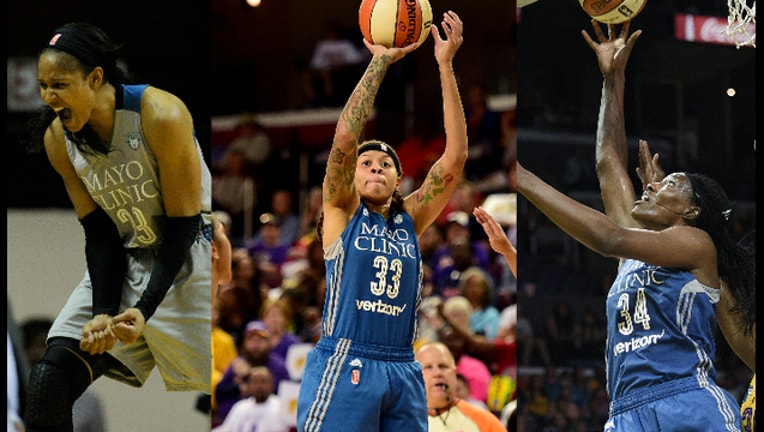 MINNEAPOLIS (KMSP) - Three members of the Minnesota Lynx are headed to the WNBA All-Star Game.

It's the sixth time in franchise history for the Lynx to have three or more players participating in the game.

Augustus currently sits in 11th place on the WNBA career scoring list. This season, Fowles is leading the league with 11.9 rebounds per game and has 13 double-doubles. Moore is averaging a team-high 18 points per game and ranks 10th in the league in scoring.

The 15th WNBA All-Star Game will be held at Target Center in Minneapolis on July 28.