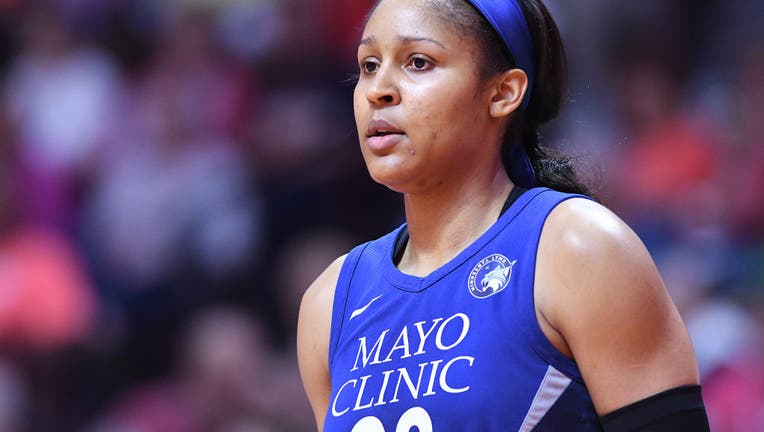 UNCASVILLE, CT - AUGUST 17: Maya Moore #23 of the Minnesota Linx during the game against the Connecticut Sun on August 17, 2018 at the Mohegan Sun Arena in Uncasville, Connecticut. NOTE TO USER: User expressly acknowledges and agrees that, by downloa (Getty Images)

MINNEAPOLIS (FOX 9) - Minnesota Lynx star Maya Moore will be sitting out another season from the WNBA, marking the second year in a row she will be stepping away from the sport, according to a report from the New York Times.

Moore announced last February that she would be taking time off professional basketball to focus on other parts of her life. Since then, she has become a voice for criminal justice reform, specifically calling for the release of Jonathan Irons, who she believes was wrongfully convicted.

“Over the last year we have been in frequent contact with Maya around the great work in criminal justice reform and ministry in which she is fully engaged," said Minnesota Lynx Head Coach and General Manager Cheryl Reeve in a statement. "We are proud of the ways that Maya is advocating for justice and using her platform to impact social change.”

In 2018, the last season she played, Moore averaged 18 points and 5.1 rebounds a game. That season she also posed for a billboard, recreating Michael Jordan's famous "Wings" pose.

Moore is one of the most decorated players in the league. With the Lynx, she has won four WNBA Championships and played in six All-Star Games. She also has two Olympic gold medals.