Bobby Bowden announced on July 21 he had a terminal illness that his family later said was pancreatic cancer. He had been treated for prostate cancer more than a decade ago.

TALLAHASSEE, Fla. - Bobby Bowden, the folksy Hall of Fame coach who built Florida State into a college football dynasty that powered its way to a dozen conference titles and two national championships, died early Sunday. He was 91.

Bobby’s son, Terry, confirmed to The Associated Press that his father died at home in Tallahassee, Florida, surrounded by family.

"It was truly peaceful," Terry Bowden said in a text message to The Associated Press.

Florida State University will hold a public ceremony to honor the life of Bowden this Saturday. There will also be a public viewing at Doak Campbell Stadium on Friday.

Bobby Bowden announced on July 21 he had a terminal illness that Terry Bowden later said was pancreatic cancer.

MORE NEWS: Here's how close Americans are to getting $2,000 monthly stimulus checks

"I’ve always tried to serve God’s purpose for my life, on and off the field, and I am prepared for what is to come," Bowden, a devout Christian, said at the time. "My wife, Ann, and our family have been life’s greatest blessing. I am at peace."

Bowden was beloved by Seminoles fans, respected by his peers and throughout his life one of the most accessible stars in college football. His home number was listed in the Tallahassee phone book for years.

With Southern charm and wit, Bowden piled up 377 wins during his 40 years as a major college coach, from tiny Samford — his alma mater, then known as Howard College — to West Virginia and finally at Florida State, where he went 315-98-4. The Seminoles were a force during his 34 seasons as coach, winning 12 Atlantic Coast Conference championships and national titles in 1993 and 1999. 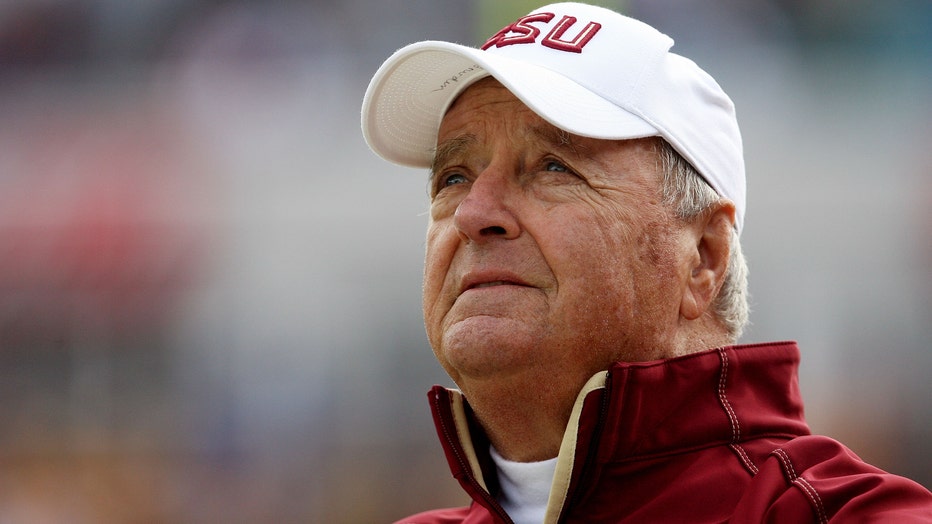 Florida State had an unmatched run of 14 consecutive seasons (1987-2000) finishing ranked in the top five of The Associated Press college football poll under Bowden.

News of his death spread quickly and many colleagues and former players expressed their sadness at losing a father figure. Flowers, many of them in Florida State’s garnet and gold color scheme, adorned the statue of Bowden outside of Doak Campbell Stadium in Tallahassee and coach Mike Norvell addressed players about Bowden before a morning practice.

Assistant head coach and defensive line coach Odell Haggins, who played and coached under Bowden, praised his friend for being a hard-nosed competitor, but also a compassionate coach.

"The FAMU community joins Florida State University and the nation in mourning the loss of Coach Bobby Bowden… Coach Bowden built character and provided opportunities for young people to become their best. He inspired us all.  His life and legacy are indeed worthy of celebrating."

Bowden retired following the 2009 season with a Gator Bowl win over West Virginia in Florida State’s 28th straight postseason appearance, a victory that gave him his 33rd consecutive winning season. A month after he resigned, the NCAA stripped Florida State of victories in 10 sports because of an academic cheating scandal in 2006 and ’07 involving 61 athletes.