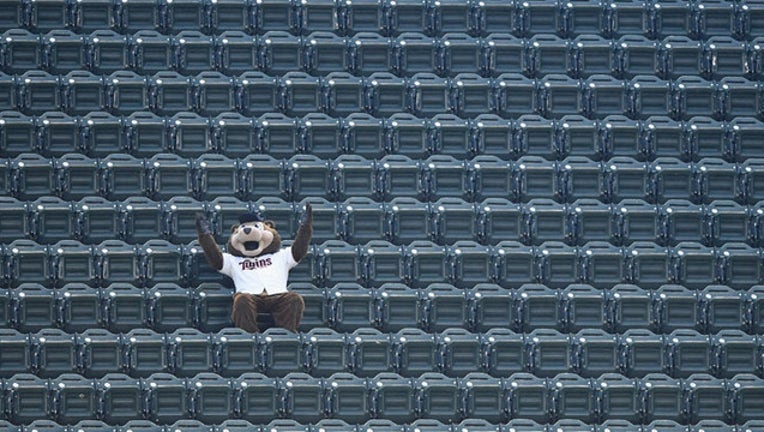 MINNEAPOLIS - While all of Minnesota’s top athletes are quarantined at home due to the Coronavirus, they’re stuck wondering if their seasons will either ever resume or get started.

Every sports organization is exploring every possible scenario. Cousins, fresh off agreeing to a two-year extension, said Tuesday it would just be refreshing to know they’re playing regardless of what the circumstance is.

“OTA practices don’t have a lot of pomp and circumstance to them, so honestly to go out and just play the game would kind of be refreshing and a breath of fresh air to just know that we don’t have to have all this smoke and fire, we can just go play football,” Cousins said. “As long as we’re playing the game I won’t have a lot of complaints.”

A recent discussion in Major League Baseball involved sending every team to Arizona, sequestering teams to hotels and playing games with no fans. Donaldson, the newest free agent star to join the Twins, understands that severe measures might need to be taken to allow play to resume.

That said, he hopes it doesn’t come to that. The last time it happened in baseball was in Baltimore, and it was due to civil unrest after Freddie Gray’s fatal shooting by police. These circumstances are far different.

“It seemed rather odd to say the least. I think as a player who really enjoys fans, that’s part of the element that makes baseball what it is. If it is the case, it’s going to be tough to get past. It’s a little different when you understand the circumstances that are at hand right now and it might be necessary right now,” Donaldson said. “We want to play baseball, first and foremost. Fans want to get that back and if that’s the route we have to take, it is a route that may be necessary for us to start our season. It’s not something that we want and not something that we’re going to necessarily enjoy, but if it’s something we have to do then you have to pay that price.”

If and when the NHL season resumes, can you imagine the Stanley Cup Playoffs without fans? It’s hard to fathom for Koivu, a 15-year veteran. The Wild was one point out of a playoff spot with 13 games to go when the NHL suspended its season.

“I think that’s the biggest question or worry you have, that I don’t think it matters where you play as long as you have fans in the arenas. That’s a big part of the game for us. If that’s not the case, I know Europe they played in empty arenas already. I think if it comes to that point, then you’ve just got to be a pro and play the game as it is,” Koivu said. “It would be very strange, there’s no question about it. Fans are a huge part of the game and I think that’s the biggest reason why you play the game, you get to be in front of the fans. That’s a huge, huge part.”

Hunter hopes it doesn’t come to that.

“I mean it definitely would be strange. We love the fans, we want the fans. Hopefully it doesn’t come down to that because we want to see everybody. Having everybody there to support us in the games and all that,” Hunter said. “I want the fans to be there, simply put, I just hope it ends up being that way for us having the fans support us throughout the season.”

The reality is the Coronavirus pandemic is bigger than sports. If teams are to get back on their playing fields, it needs to be safe for everyone involved.

It may mean playing games without fans. One thing athletes have consistently said the past few weeks: Our health is far more important before any talk about seasons resuming or starting can happen.

“I think you’ve got to tread lightly with that statement because you can never encourage getting back to work at the expense of people’s lives. With the provision that people and their lives and their health will be safe, I think we can and should get back to football,” Cousins said. “I believe there are creative and unique ways to do it if necessary. I think it would be great for our country, for football fans to be able to watch games come the fall on the weekends. It’d be good. However we can make that happen, I say let’s try to do it.”