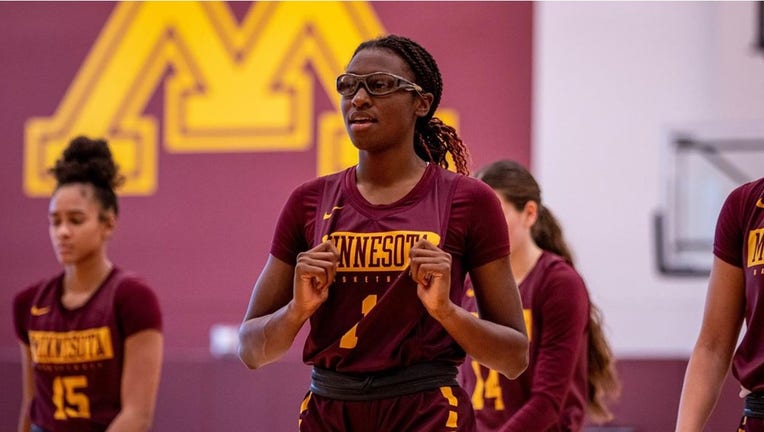 MINNEAPOLIS - Nia Holloway came to the University of Minnesota out of Eden Prairie as part of a highly-touted 2022 freshman class for Lindsay Whalen.

"Unfortunately Niamya suffered a knee injury last week, and we are saddened to learn this week that it is season ending," Whalen said in a team-issued statement. "We are here to support Niamya every step of the way as she moves forward in this recovery process."

Holloway was the No. 5-ranked player in Minnesota as a senior and ranked No. 90 overall in the country. She had big hopes for her freshman year with the Gophers after averaging 16.9 points, 8.1 rebounds, 2.9 steals, 1.2 blocks and 1.6 assists per game with the Eagles in her final high school season.

She was an All-State selection in basketball last year, and also won her second straight high jump state championship in track and field.

Holloway is part of a freshmen class that includes four Minnesota players, Mallory Heyer of Chaska, Mara Braun of Wayzata and Amaya Battle of Hopkins, that’s ranked in the top 10 in the country.