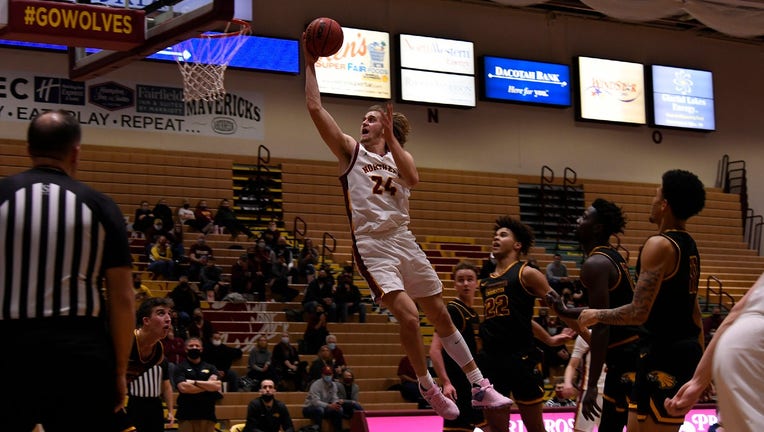 That means Fox will be out for most, if not all, of this season and will likely still have up to two years of eligibility remaining.

As a new coach takes over the Gophers basketball program, he's bringing in some homegrown talent, like new transfer Parker Fox.

Fox, A Division II All-American for the Wolves last season, had hopes of being an immediate contributor this coming season after averaging 22.3 points, 9.8 rebounds and leading the country with 3.5 blocks per game. A 6-8 high-flying, athletic player, Fox was going to see time at power forward this season before the injury.

"Every day is one day closer to being back better than ever! I guarantee this: @Parkerfox24 will still be bringing the juice!" Johnson tweeted in response to Fox’s injury.

Johnson was hired on March 22, and has already started revamping the roster for the 2021-22 season. Only one player from last season remains on the roster with the intent to stay with the Gophers: Forward Isaiah Ihnen.

Most recently, graduate transfer forward Brandon Johnson announced he’ll play his final college season at DePaul, closer to his native Chicago. Austin native Both Gach also entered the transfer portal. Gach got off to a promising start for the Gophers last season, but was hobbled most of the Big Ten season by a foot injury that required surgery after the season.

Since Johnson was hired, he’s added guards Luke Loewe, E.J. Stephens and Sean Sutherlin. He’s added Fox and Jamison Battle as forwards, and Payton Willis is back at guard after spending last season at College of Charleston. Treyton Thompson is also an incoming freshman, listed as a 6-11 center.

The Gophers have also released their home and road opponents for the 2021-22 Big Ten schedule. They are as follows:

The Gophers currently have eight players on roster, excluding Gach, and have at least four roster spots to fill, plus walk-ons, before they start off-season workouts later this summer.