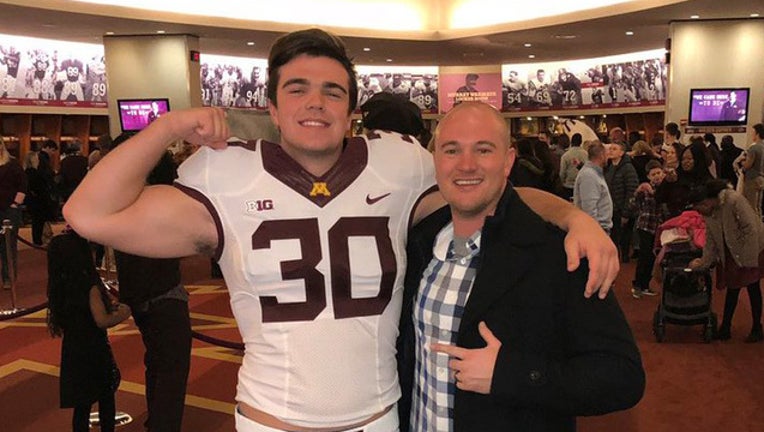 MINNEAPOLIS (FOX 9) - A U of M defensive lineman announced his retirement from football Tuesday, citing a serious neck injury and concussion sustained in spring football.

Alexander Reigelsperger announced his medical retirement in a tweet Tuesday, thanking his coaches, his family and his teammates for their support.

Reigelsperger said he was hospitalized for about four days due to the April injury and said he started to contemplate stepping away from the game after that time away.

“I understood the consequences of furthering my athletic career if I chose to do so and they were dangerous to what I want in life,” he said in the post.

He says he received a medical non-counter from the NCAA and will continue his studies at the University of Minnesota. He is working towards a degree in the Youth Studies department and said he hopes to be a juvenile probation officer someday.