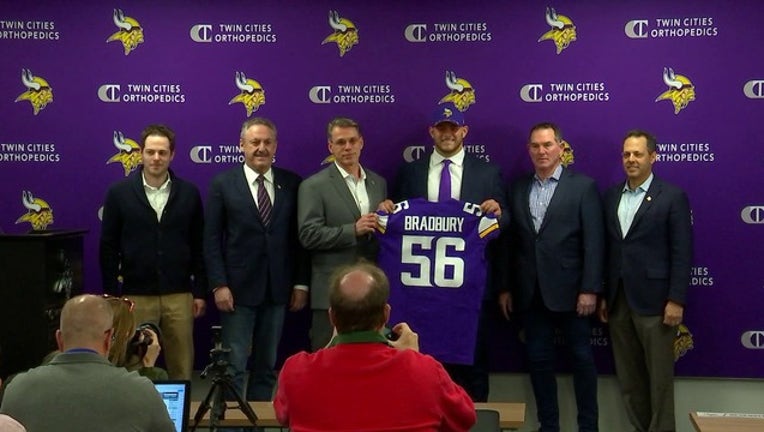 MINNEAPOLIS (FOX 9) - The Vikings addressed a list of needs during this weekend’s NFL Draft with 12 new players coming to Minneapolis.

In the second round, they took another offensive lineman, but this time a pass-catcher in Alabama Tight End Irv Smith, Jr.

Their third round pick Friday night was Alexander Mattison, a Boise State running back.

Here are the rest of the Vikings picks taken Saturday: