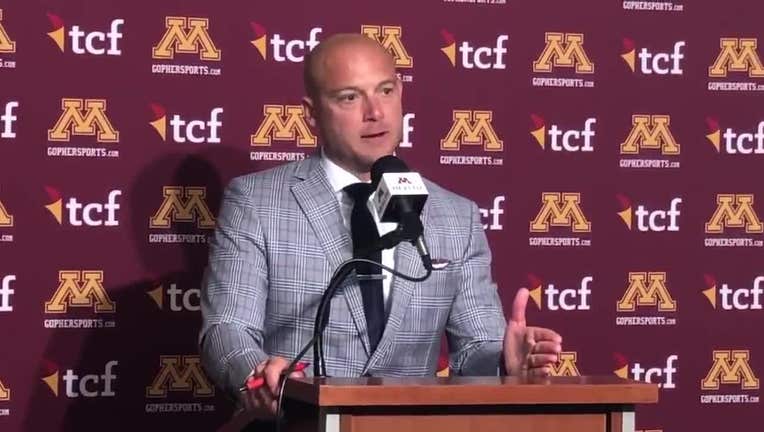 Minneapolis - PJ Fleck has a plan for the Gophers as they head west to face Fresno State Saturday night.

Stay in Minnesota as long as you possibly can, and spend as little time as possible in California. He used a similar formula in his first season with the Gophers, when they traveled to Corvallis, Ore., to face Oregon State in their only non-conference road game.

The result was a 48-14 win over the Beavers, where Rodney Smith and Shannon Brooks combined for 47 carries, 186 yards and four touchdowns.

The Gophers (1-0) used one of their spring practices to simulate a road game. They got on team buses and headed to the Minnesota Vikings’ practice facility in Eagan to simulate game day. This week requires a long flight, and more sleep.

It also helps for the Gophers’ body clocks that last week’s opener against South Dakota State was an 8 p.m. kickoff. This week, it’ll feel 90 minutes later as kickoff is set for 9:30 p.m. local time.

Fleck also has the Gophers on the “HES” program. Hydrate. Eat. Sleep. The process started early in the week, long before they even thought about getting on a plane.

Team nutritionists make sure during the week players get the right nutrients to be ready for the long trip. Players also have mandatory nap times, and they check in on each other in the name of accountability.

“We have this thing called optimal nap time. If we don’t have class or tutoring, you take a nap between those times to get ready for the game,” said senior linebacker Thomas Barber, who had five tackles in last week’s win over the Jackrabbits. “They take great care of us, making sure that they value our sleep and our time. They’re always checking in, saying it’s time to get to sleep, lights out. Whether we follow that or not is up to us. But I know it benefits us and we usually follow it.”

Fleck also has to make sure his players are ready for the heat on the West Coast. The temperature at game time is expected to be at around 90 degrees.

The overall impact should be minimal. The Gophers’ practiced outside for fall camp, with the sun out and temperatures in the 80s for much of that four-week stretch.

“When you look at it, the way I break it down to our players is well, you just went through Training Camp and that’s hot. All you’re doing is flying in an airplane for four more hours. Other than that, you’re going to play football,” Fleck said.

As for the football game, the two teams are heading in different directions after their first week. The Gophers needed a late turnover and touchdown to fend off South Dakota State in a 28-21 victory. Fresno State went to USC last Saturday and trailed 21-10 at the half. They had the ball in the last two minutes, but lost to the Trojans 31-23.

When the two teams met last year, Antoine Winfield Jr. made a late, leaping interception in the end zone to preserve a 21-14 win for the Gophers.

The Bulldogs finished last season 12-2 and ranked No. 18 in the country.

“I think when people look back to the win we had here, they’re like ‘Oh yeah you beat Fresno State and they’re a Group of five team,’ that’s uneducated when people say things like that,” Fleck said. “That was a big-time top 25 team. They have the ball with right around two minutes to go to beat USC. That’s impressive, so they’re a tough group of guys.”

The Bulldogs lost a lot of talent to graduation, especially on offense. But quarterback Jorge passed for 256 yards, two touchdowns and an interception against the Trojans. He was also their top rusher with 20 carries for 88 yards, but fumbled twice.

The Gophers are facing another dual threat quarterback. Fresno State had 463 total yards against USC.

“Everything runs through that quarterback, No. 11, he’s a good quarterback. He can run, he can scramble,” Barber said.

On the other side, USC got 455 total yards against the Fresno State defense. That includes 183 on the ground, so opportunities should be there for Rodney Smith and Mohamed Ibrahim. The duo combined for 130 of Minnesota’s 153 rushing yards on 33 carries. Smith also surpassed 3,000 career rushing yards in the win over the Jackrabbits.

Minnesota takes a 16-game non-conference winning streak, the current longest in the nation, into Fresno State Saturday night. Fleck is 7-0 in non-conference games with the Gophers.