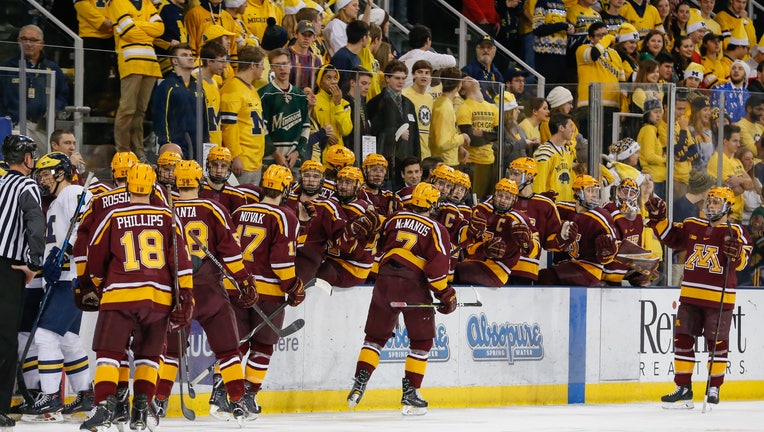 MINNEAPOLIS (FOX 9) - Canadians will be able to watch Golden Gophers Hockey for the rest of 2019.

The Canadian sports network TSN announced it will pick up the final eight Gophers home games of the year starting with this weekend’s two-game series against Penn State Friday and Saturday.

While Canada has no shortage of amateur hockey to watch, College Hockey Inc. Executive Director Mike Snee said that interest in the American college game is growing to our north.

“Many current NCAA hockey players hail from Canada and TSN’s coverage allows their family and friends to follow their progress. In addition, Canadian NHL fans will get a glimpse of future stars on their way to the NHL stage," Snee said.

While the Gophers only have one rostered Canadian in junior Goaltender Mat Robson (Mississauga, Ontario), the Gophers’ final three series and tournament of 2019 are all high-profile opponents.

After this weekend’s contests against Penn State, the Gophers will host rivals Wisconsin and North Dakota for two games before the Northstar College Cup where the Gophers will play Bemidji State and either Minnesota State-Mankato or St. Cloud State.

The television schedule in Minnesota and the rest of the United States will not change.