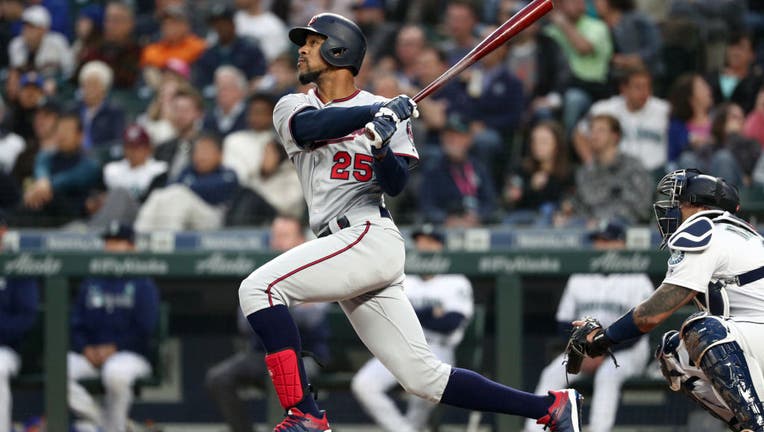 MINNEAPOLIS (FOX 9) - After just 87 games, Byron Buxton’s 2019 season with the Minnesota Twins is over.

The Twins announced Tuesday they’ve placed Buxton on the 60-day injured list with a shoulder injury. He’s been out since hurting his non-throwing shoulder on Aug. 1 in a 5-4 loss at the Miami Marlins.

The Twins have selected the contract of Ronald Torreyes to replace Buxton to the 40-man roster.

It’s a tough end to the season for Buxton, who has been plagued by injuries throughout his MLB career. In 87 games this year, Buxton hit .262 with 30 doubles, four triples and 10 homers in 271 at bats. He also scored 48 runs.

Buxton’s speed on the bases and in center field were his greatest weapon for the Twins. His range to track down fly balls in the outfield have prevented opponents from scoring throughout the season. In 78 starts in center field, Buxton had 217 putouts out of a possible 224 chances. He had just two errors and five assists.

Buxton returned on Sept. 1 and appeared in five games as a defensive replacement and pinch runner.

The Twins also activated Kyle Gibson from the injured list in time for his start Thursday against the Washington Nationals.