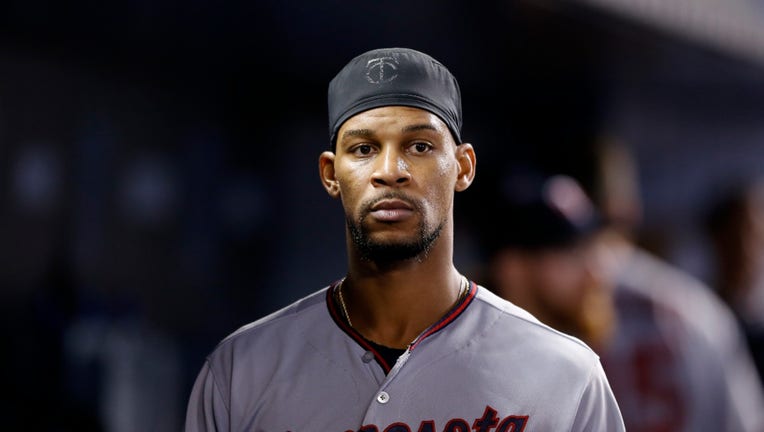 Byron Buxton #25 of the Minnesota Twins looks on in the dugout against the Miami Marlins at Marlins Park on August 01, 2019 in Miami, Florida. (Photo by Michael Reaves/Getty Images)

MINNEAPOLIS - The Minnesota Twins have to win Game 2 of the American League Wild Card Playoffs on Wednesday at Target Field to keep their season alive, and they won’t have Byron Buxton in the lineup.

“Buck’s not at 100 percent today. He’s not feeling at his best. I know everyone is going to want to know every possible detail about what that means, and as of right now, I’m not going to be able to go into those details. He’s not going to be starting in today’s game,” Baldelli said.

Buxton was hit in the head by a pitch last weekend in the final regular season series against the Cincinnati Reds, and had mild concussion symptoms. Buxton worked out Monday at Target Field before playing Tuesday.

Baldelli didn’t rule out Buxton coming off the bench in Game 3, saying they’ll monitor him throughout the game.

“If he can help us in the game and he’s able, he will,” Baldelli said. “He’s not at 100 percent, and we’re not going to put him out there to start the game because of it.