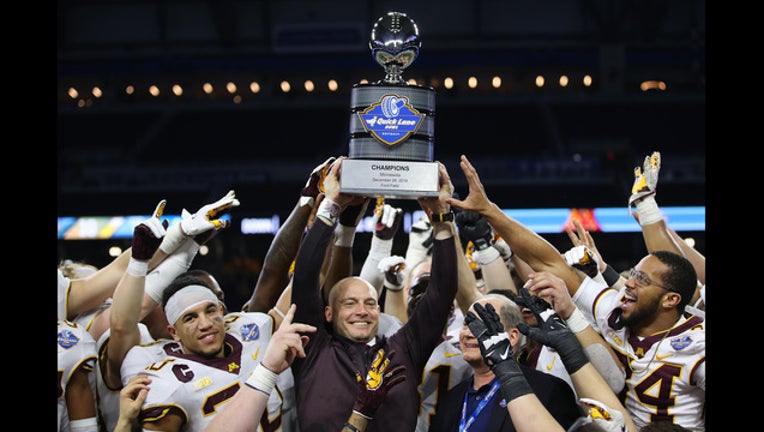 Jackson, a wide receiver out of Bishop Miege High School in Kansas, is a consensus 4-star recruit and is ranked No. 200 in the ESPN300 player rankings. He becomes the highest rated player in Fleck's 2020 recruiting class, which now has 22 verbal commitments. The early National Signing Day for high school seniors is in December.

Jackson had offers from Wisconsin, Iowa, Iowa State, Notre Dame and others.

Fleck recently hosted his "Summer Splash," which featured official visits to Minnesota for several high school recruits. A total of 12 players gave Fleck their verbal commitment at the time, and after Jackson's announcement, the Gophers have three scholarships left for the 2020 class.

With Jackson's addition, Minnesota moves up to No. 20 in the nation in the 247Sports rankings.

It's a big pick-up for Fleck, with standout wide receiver Tyler Johnson entering his senior season with the Gophers. Rashod Bateman is back for his sophomore year after finishing 2018 with 51 catches for more than 700 yards and six touchdowns. Chris Autman-Bell also had 28 catches for 449 yards as a redshirt freshman.

Fleck is entering his third year with the Gophers, who finished last season 7-6 with a signature 37-15 win at Wisconsin. The season ended with a 34-10 win over Georgia Tech in the Quick Lane Bowl.