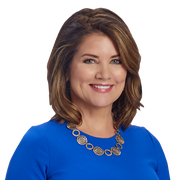 Alix Kendall has been with the Emmy Award winning FOX 9 Morning News since its inception in 1999, then known as Good Day Minnesota. In addition to being a News Anchor, she also is a host of The FOX 9 Morning Buzz.

Alix is a native of Minneapolis, but has also worked in Albuquerque, as a Reporter/Anchor for KRQE-TV, and in Cincinnati where she helped launch the morning show on FOX 19 (WXIX-TV).

Before her work in television, Alix she was a disc jockey in Minneapolis at 93.7 (KLXK-FM), and in Omaha at several stations including KELN-FM.

Besides working in television, Alix has traveled extensively doing volunteer work in Central and South America with Global Volunteers. She also enjoys screenwriting, and playing guitar. She has one teenage daughter. 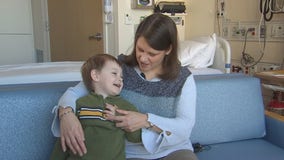 A mother and son with the same heart condition lean on a M-Fariview Health University of Minnesota Masonic Children’s Hospital doctor for treatment.