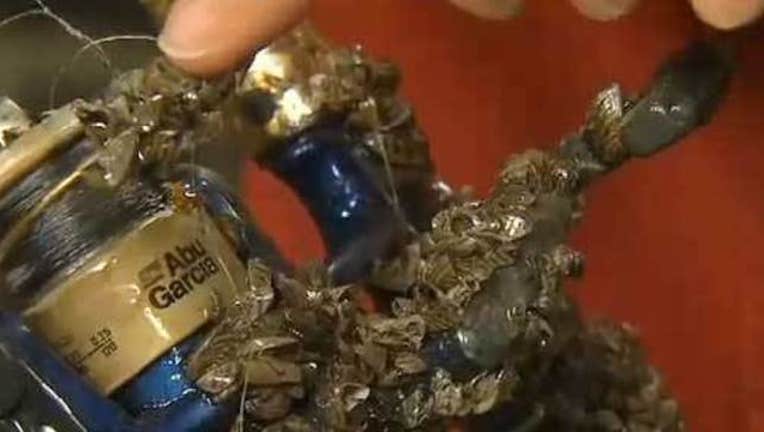 Three more Minnesota lakes have been found to be infested with zebra mussels.

The lakes: Clearwater Lake in Wright and Stearns Counties, Ruth Lake in Crow Wing County, and the Red River in Northwestern, Minnesota became infected by an overland or downstream spread of the invasive species.

The lakes are believed to have become infected by a boater not cleaning his or her boat prior to launching in the lake. The Department of Natural Resources stresses that this type of spread is preventable if Aquatic Invasive Species laws are followed, notably draining a boat after taking it out of the lake.

It is thought the Red River became infected by the Otter Tail River, which has been infected since 2012. The Otter Tail flows into the Red River, so authorities suspected it was just a matter of time before the mussels found their way there.

The DNR says about 95% of lakes and are not infested by zebra mussels, but would like to stress that diligence is needed by boaters to prevent further spread.